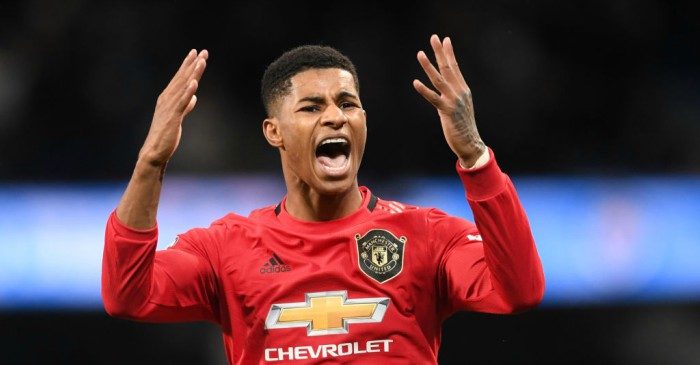 Or Besyedin. Or Besedin. We shall just call him Artem. Nobody seems to rate him in Ukraine and yet he has scored eight goals in just 803 minutes in the Premier Liga so far f***s to him. Though not scoring any goals at all in the Europa League probably tells its own story.

Or Lednev. Or Lyednev. We shall just call him Bohdan. On loan from Dynamo Kiev, Liedniv is actually an attacking midfielder rather than an out-and-out forward. But only veteran striker Junior Moraes has scored more Ukrainian league goals this season.

Manchester City have been linked with Martinez as they seek a long-term replacement for Sergio Aguero, but the Argentine international (he already has nine goals in 18 games) would shatter their transfer record. Five goals in five Champions League games tell you that he is absolutely the real deal.

You might know the name because he has scored against Chelsea in the Champions League this season. It was enough to grab the attention of Newcastle, though he might have his sights on much greater things after nine Ligue Un goals since his £11m arrival from Belgium.

The US-born Canadian international (11 goals in 11 international games) will surely only spend this season in Belgium as clubs from Germany and Turkey are sniffing around the youngest member of the free-scoring Yaremchuk, Depoitre (yes, that Depoitre), David triumvirate.

Only Wissam Ben Yedder has scored more Ligue Un goals this season than Dembele, who has long been linked with Manchester United but is also reportedly being considered by Chelsea. But no goals in his last four games – and none at all in the Champions League this season – rings alarm bells about his ability at the highest level.

Dembele receiving a lot of criticism. Some of it is justified, some of it isn’t. In a match like this, most balls towards the striker would come from crosses. Today, as usual, Lyon’s crossing has been very poor: just 5/20 crosses completed. #TeamOL #NOOL

Russian Relegation battlers Samara have only scored 20 goals this season and ten have come via the massive (he’s over 6′ 4″) Sobolev, who was linked with Manchester United before he stopped scoring in early October.

There is more on exactly why we should admire Marcus Rashford here, but what is often forgotten is his age. To be on double figures for Premier League goals by early December at the age of 22 is to be loudly applauded. To have scored more goals against Chelsea, Leicester, Manchester City, Liverpool and Tottenham than any other opposition is simply extraordinary.

The Rashford is shit crew are quiet. The bloke is sensational.

The fact that his Premier League goals have come against Norwich, Sheffield United, Wolves, Southampton, Watford, Crystal Palace and Aston Villa means he is not getting quite the same attention as his England teammate Rashford, but that 11-goal return is still way, way beyond what was expected before Christmas from a player basically untested at this level.

Nine goals in his last five Bundesliga games have made him Europe’s hottest (as well as possibly fastest) property. Chelsea have been linked with the German but Barcelona and Bayern Munich might make this a battle that is impossible for the Blues to win.

Timo Werner is the first player to be directly involved in 20 Bundesliga goals during the 2019/20 season.