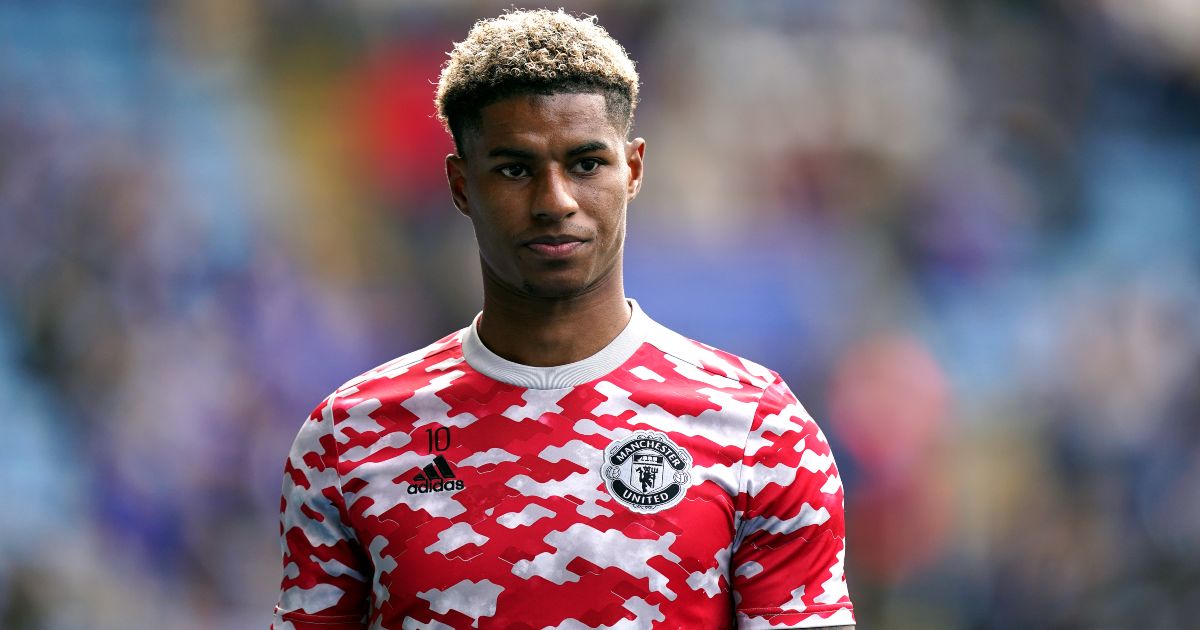 Marcus Rashford’s camp were unhappy at Ole Gunnar Solskjaer’s comments that the Man Utd forward should “prioritise his football”.

The England international returned to the action for the first time on Saturday after shoulder surgery as the Red Devils lost 4-2 to Leicester – but Rashford got himself on the scoresheet.

Rashford, who became an MBE in the Queen’s Birthday Honours list in 2020 for his free school meals campaign, was dogged by the injury during the latter part of last season.

It affected his movement and training, but he still made 57 appearances in all competitions for United, scoring 21 goals and making 15 assists.

Speaking ahead of the fixture against Leicester, Solskjaer said: “I know we’ll see the best of Marcus in the years to come.

And now The Athletic claims that Solskjaer’s comments that Rashford should “prioritise his football” have gone ‘down badly with those who believe Rashford could hardly put greater emphasis on his sporting career’.

They echo comments from certain media outlets, fans and pundits that he should “stick to football” rather than put his effort into good causes.

And The Athletic adds that ‘his camp are understood to be upset that Solskjaer has conveyed a similar notion, even if no harm was meant’.

The report continued: ‘United argued Solskjaer’s words were misinterpreted — and it is clear he was praising his player — but what the Norwegian said became headline news.’

Matic said: “Of course we are disappointed, everyone is sad. Everyone is with the head down at the moment. But when you play for Man United if you don’t win the game of course you’re disappointed.

“It’s going to be also hard had so, yeah, we are very disappointed but I think in the future we will show that we are much better than this.”