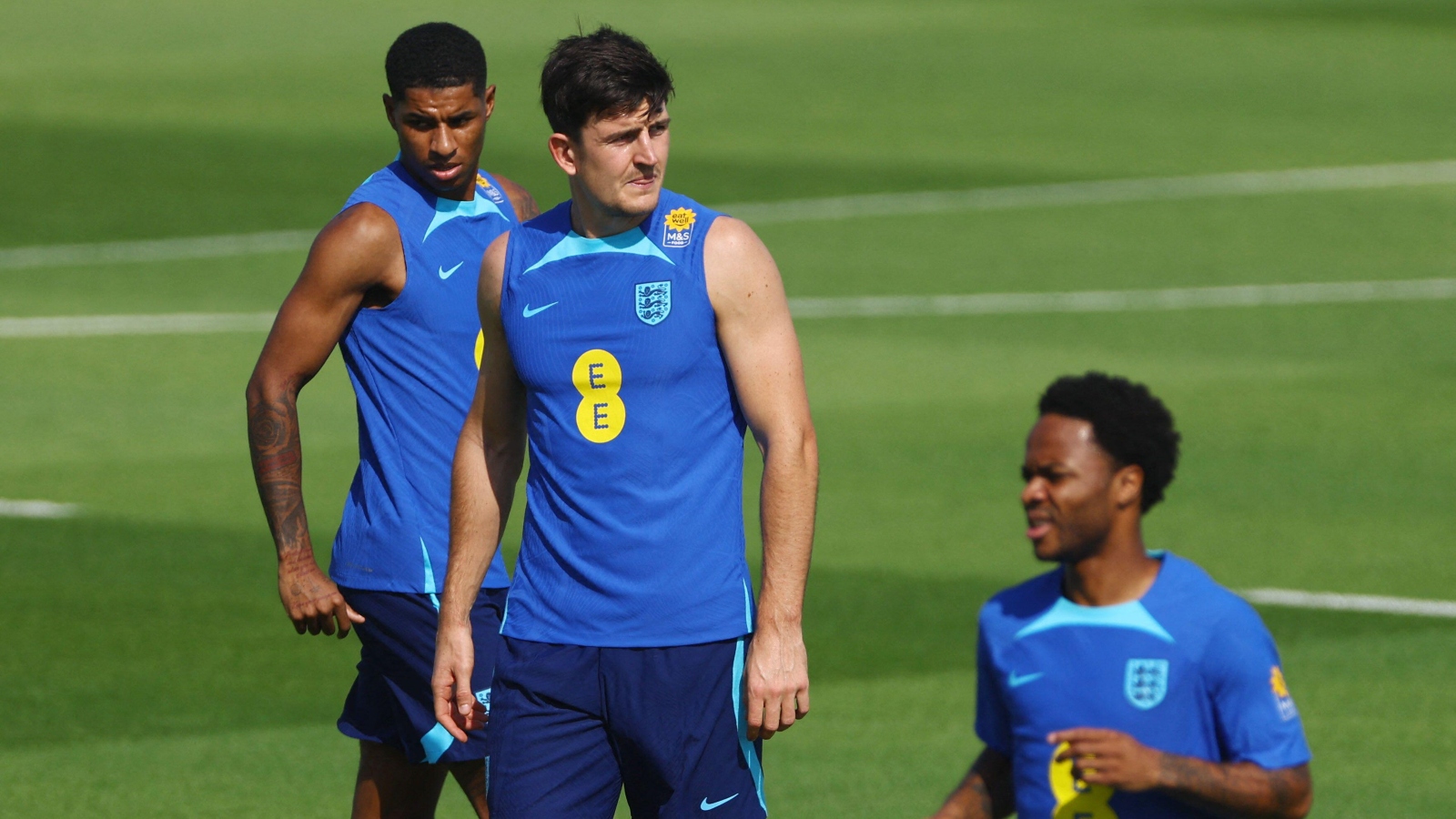 Harry Maguire believes England and Manchester United teammate Marcus Rashford has the potential to become one of the best players in the world.

The 25-year-old ended the World Cup group stage as the competition’s joint top-scorer, having netted three goals in as many appearances as Gareth Southgate’s side topped Group B.

Rashford’s brilliant brace against Wales came after scoring straight off the bench against Iran – his first England appearance since missing his penalty in last year’s European Championship final shoot-out loss to Italy.

That heartache was compounded by sickening racist abuse, shoulder surgery and poor form at United, but he has looked revitalised since Erik ten Hag arrived in the summer and is back in the England set-up.

Put to club captain Maguire that his team-mate could cap his eye-catching turnaround with the Golden Boot, the centre-back told talkSPORT: “Yeah, that’d be the dream.

“I’m really pleased for Marcus. I think he has so much talent that I don’t think he’ll ever reach what his talent can get to because he’s so talented that he could be one of the best in the world and I think he’s got to push and strive for that.

“But at the moment, over the last year or so it’s not just Marcus at Manchester United. We had a difficult year as a group and it affects people as individuals.

“This year he is playing with a lot more freedom, he’s playing with a big smile on his face and, yeah, we speak about him getting back to his best and I’m sure he will do.

“I think you’ve seen in glimpses this year he’s becoming a lot more consistent with his goals and his assists, and he effects games.

“I think that’s the biggest thing with Marcus in the team, he effects games.

“He’s always a goal threat, he’s always having chances. When you look at the chances created in a game, a lot of the chances fall to Marcus and that’s down to his movement and his clever play.

“He’s a very talented boy and I’m really pleased that he’s back on track and I’m sure there’s much more to come from him.”

Rashford is not alone in returning to form after a challenging time.

Maguire dropped to the bench after United’s first two matches of the season and has only made limited appearances since then due to injury and competition for places.

But the 29-year-old defender has performed excellently in Qatar and is looking to score his first goal of the tournament in Sunday’s last-16 clash with Senegal.

“I’m in good form. I’m really happy with how the group stages has gone.

“Actually, in the last few games for Manchester United I’ve played well in them, won both my last two games against West Ham and Aston Villa.

“But I’ve just found myself out with a team due to the centre-backs there playing well and they’re excellent players.

“We have a good strength in depth in that central defence at my club, but I’m going to fight to get back into the team because I don’t like not playing.

“So, fingers crossed I can get one in in this World Cup and help the team win the game because that’s the most important thing.”

READ MORE: Germany’s great hope among five who don’t deserve to be going home from the World Cup