Home All The News Rashford could ‘get a standing ovation’ at Anfield, says Andy Robertson

Will Marcus Rashford receive a friendly welcome when he visits Anfield in January with Man Utd? 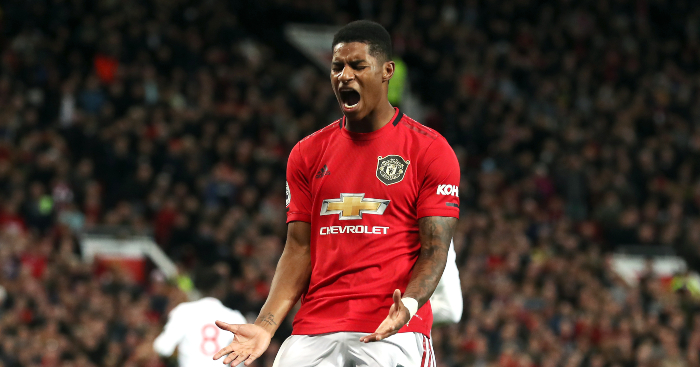 Liverpool defender Andy Robertson believes that Marcus Rashford could ‘be the first Manchester United player to get a standing ovation’ at Anfield later this season.

Rashford campaigned to the government asking them to allow around 1.3 million children to claim free school meal vouchers during England’s summer holidays.

These vouchers were initially made available to children with tough backgrounds during the lockdown. But it was always made clear that these vouchers would not be available at any other time.

The England international wrote a letter to MPs explaining why this issue meant so much to him. He referenced his own upbringing as he had to rely on food banks as he was growing up in Wythenshawe, Manchester.

As a result of Rashford’s campaigns, the government reversed its decision to make the school meal vouchers available during the summer holidays.

The Manchester United forward has rightly received a lot of plaudits for his work. Robertson heaped praise on Rashford during an interview with The Times:

“What he’s done was amazing, outstanding.

“The two words that everyone’s saying [during the pandemic] are ‘Marcus Rashford’.

“He made politicians overturn the decision [not to extend free school meals] because he wanted every kid to get fed.

“Once the fans are back in, Marcus Rashford could be the first Manchester United player to get a standing ovation here. He’d definitely deserve it because thousands of families are getting fed now.”

All Premier League games are currently being played behind closed doors as a precaution because of COVID-19.

The government are currently in the process of setting test events across various sports. These events would allow 1,000 fans to attend football games, with the view to having bigger attendances down the line.

Manchester United are due to travel to face Liverpool at Anfield on 16 January.