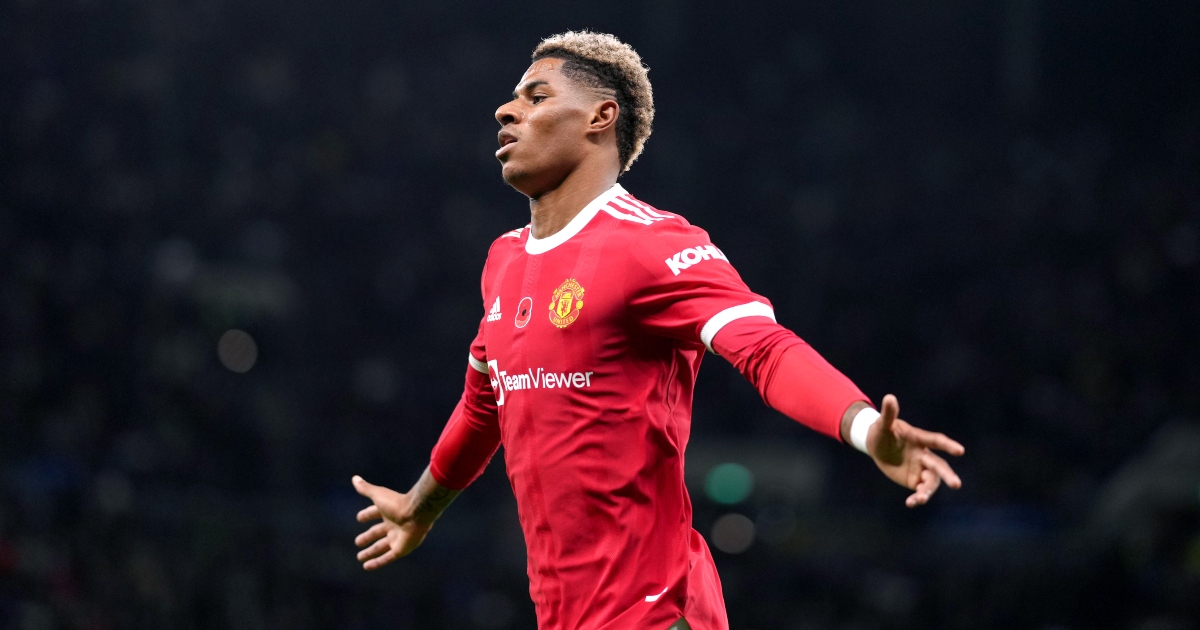 Owen Hargreaves claims Marcus Rashford was “fuming” at Ole Gunnar Solskjaer for dropping him from the starting lineup for Manchester United’s win over Tottenham on Saturday.

Solskjaer switched formations for the clash after their embarrassing 5-0 defeat to Liverpool, setting his team up in a 3-5-2.

It saw Edinson Cavani and Cristiano Ronaldo take the two roles up front, before Rashford came from the bench in the second half.

READ MORE: Spurs must face up to the reality of how badly they’re being managed

All three players got on the scoresheet in the 3-0 win over a limp Spurs side, but Hargreaves claims it was evident Rashford was “fuming” with Solskjaer.

“I think you could see that in his celebration, he [Rashford] was fuming,” the player-turned-pundit told Premier League Productions (via the Mirror).

“He’s never going to drop Ronaldo, he needed somebody else in there and Cavani was fabulous last season – he probably deserved to start sooner.

“Having Rashford and [Mason] Greenwood to come off the bench, as much as it will hurt them, maybe right now for the balance of the team.

“They looked good today and Rashford will get goals coming off the bench, definitely.”

It was Cavani’s second Premier League start of the season, with Solskjaer generally preferring Rashford, Mason Greenwood or Jadon Sancho to accompany Ronaldo in the forward areas.

But the Nowegian boss was justified in his selection with Cavani and Ronaldo combining well in a far more solid display by the Red Devils.

In the wake of the drubbing by Liverpool Solskjaer claimed it was the right time for experience heads.

“The experience came through. I was told that’s the oldest team I’ve picked for Man United and it was time for it – to put it that way,” Solskjaer told Sky Sports in his post-match interview.

“So the old men led from the front.”