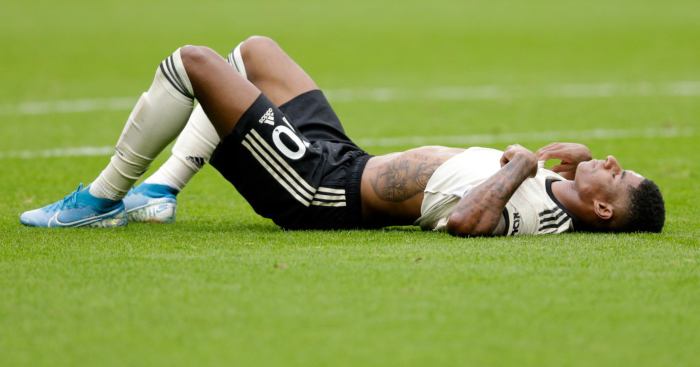 Marcus Rashford’s mood at Manchester United has been poor for a while, according to reports.

England international Rashford is facing an indeterminate period out of the side because of a groin complaint he suffered in the second half against West Ham.

United slipped to a demoralising 2-0 defeat at the London Stadium, stretching their winless run on the road to seven Premier League matches.

Rashford has three goals in six Premier League matches this season but only has one goal from open play in his last 15 appearances for the club.

And the Daily Mail claims that ‘Rashford’s downcast mood around the club has been noted for some time during a period in which his form has dipped’.

The report adds that Rashford’s injury has caused concern among United’s sports science department, who are ‘perturbed by the number of players breaking down so early in the season given that most of them are non-contact injuries’.

The coaching staff put extra energy into getting Solskjaer’s men into shape ahead of the new Premier League season but it is said they were ‘alarmed’ by United players’ ‘lethargy on Sunday’.