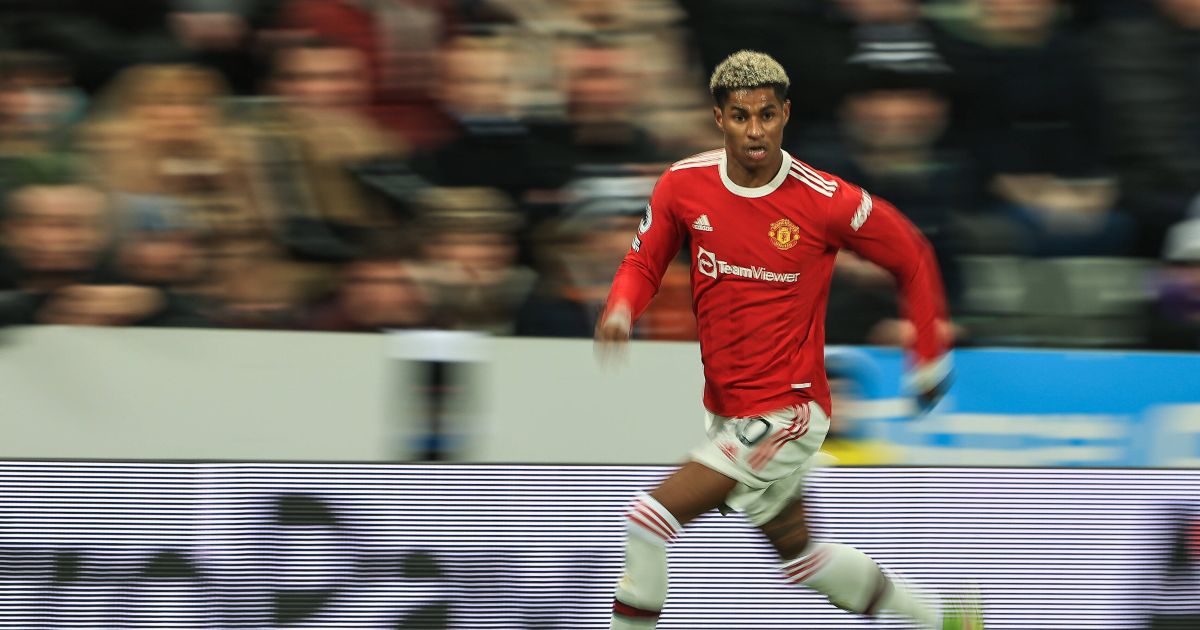 Is Marcus Rashford the next Theo Walcott? How bad were Man Utd against Newcastle last night?

When charity bails out Rashford’s poor performances
Rashford is doing a good job at social work and helping out where help is needed. Kudos to that.

Now when it comes to his real job which is being a footballer, he has been underperforming for a while. His only excellent game in the whole of 2021 was against Palace a few weeks ago. To go with the adage of class is permanent & form is temporary, well, the permanence is that Rashford is pretty average and sometimes excellent when he is on form.

1. He has lost focus. Football was his priority when he started out. These days football is the last thing on his list. The boy has charity, politics, got to write kids books and social media to concentrate on. Football can wait.
2. Attitude problem. Ever since Rashford became MBE, he’s attitude has changed. At the slightest of touches he will stop playing and wave his arms at the referee with the look on his face (How come it’s allowed for opposition players to tackle an MBE?!). He tracks back at a jogging pace, and doesn’t defend. Yesterday for the Newcastle goal, yes Varane made a mistake, but Rashford should be tracking back to cover for Dalot who correctly drifts inside to compensate for his central defenders. Again Rashford was seen to be walking back!

Is this 24 year old Rashford better than the 24 year olds Rooney, Giggs, Beckham, Nani, Young, Ronaldo? No
Is Rashford of the same ilk as his contemporaries (Salah, Mane, Mahrez, Sterling etc) as rival clubs? Would he be a starter at Man City, Chelsea, Liverpool, Spurs or Arsenal? No
What is Rashford’s true level? He’s performances over 2021 show he would be a good fit at teams like Watford, Southampton, Norwich & Brighton. He’s the next Theo Walcott it seems.

For all of Solksjaer deficiencies, he was still doing a pretty good job at steering his Man Utd side until he backtracked on his comments about Rashford to focus on football under the pressure of the player and the player’s surroundings. The moment he backtracked, he was done. It was the beginning of the end. This is where the Mourinhos & Van Gaals would have shown Rashford the bench or the stands. You either focus on football & deliver excellent performances or off you go.

However, Rashford as a footballer might have become average but has developed other attributes which “deserve” praise:
1. Excellent at PR.
2. Excellent at finding excuses for his awful performances.

Ralf Ragnick wants Man Utd to control games but how can you do that with 10 football players and 1 Dr Rashford MBE on the pitch. Certainly playing a match 11 vs 11 is hard enough but it’s easier than virtually playing with only 10 players.

Has Ralf Ragnick got the courage to risk the wrath of the English media to bench Dr Rashford MBE? Rashford is the hero of the English media despite being 2 out of 10 for most games in 2021 whether be it for Man Utd or England. But hey no one can or should criticise Marcus Rashford, the boy does charity so he’s immune from criticism for his POOR performances on the football pitch.

This has to rank as one one of the worst footballing performancing i have seen from anytime. Helpless, desperate & low quality football. Newcastle deserved to win the match, and Manchester United don’t deserve to be a football team. I am in shock, anger and mainly disbelief, as how it’s gotten like this. It’s all just so depressing.

Well, on to the next one, depressing or not. Hoping a footballing team shows up for the next match rather than whatever showed up at Newcastle..
Aman (GGMU)

Man Utd defenders too slow and super sloppy
I miss the Ferdinand and Vidic partnership. Watching the match against Newcastle United, I noticed that our back four were too slow and very sloppy at times. I am using Football365 as a medium to suggest to Rangnick to bring back Luke Shaw to move the ball forwardly quickly from defence. Maguire continues to be a liability and sloppy and I am suggesting rather strongly to Rangnick to give serious consideration to a Varane – Bailly partnership. Today, the defence failed rather woefully to block shots from Newcastle United. Bailly and Wan-Bissaka would have blocked many Newcastle shots, including Saint-Maximin’s goal where three defenders stood in front of him.
Professor (Dr) David Achanfuo Yeboah

The old boys need to relax
Gary Neville has gone harder against Rangnick after his first dropped points than he ever did against Ole.

This performance from United was as bad as anything we saw during Ole’s reign but its their first game in 16 days, they haven’t been able to train, they’re still learning how to play under Rangnick.

Gary’s assessment of the players is as much spite he feels for them for getting Ole sacked as it is based on the performance he saw.

Jose was toxic but the old boys club only added to the toxicity by going after the team constantly under his tenure. If they’re already turning on Rangnick, I don’t see how any manager can create a positive atmosphere ever at United.

Full credit to Rangnick for calling the performance what it was – Ole would have thought the players effort was brilliant…
Shehzad Ghias, MUFC, Karachi

Chelsea and travelling fans issues
Romelu Lukaku returns and haunts Aston Villa yet again like Sergio Aguero used to haunt us with yet another goal against them, it was certainly a cliche game of two halves, the second being much better.

Jorginho breaks a record for most penalties scored in a calendar year with ten to his name after dispatching his two spot kicks, overtaking Steven Gerrard and Matt Le Tissier in the process, such a Jorginho record when you come to think about it, which does make you wonder has there been a better penalty taker since the year 2000……the answer is bound to be a yes with countless names suggested, one id even say would be Jimmy Floyd Hasselbaink.

Away from the Chelsea game, I do feel sorry for supporters currently, we all understand the current situation with the pandemic however some travelling fans are only finding out a game is off an hour or two before kick off, now when you mix in a bank holiday weekend along with public transport shortages due to isolation it makes getting home extremely challenging especially when it’s a decent travel like Brentford to Manchester as an example, I thought the FA or the Premier League would have at least drawn some plan to combat this, but maybe I’m just naive.
The Admin @ At The Bridge Pod

PS – “I ask myself, how can one seed produce a Mango, Coconut, and Orange fruit. He helped them get to the next level career-wise.” that could be my new favourite quote from a Mailbox ever, nicely done Dave.

Referees and head injuries
Something which seems to have been overlooked on Saturday is why a referee allowed play to continue despite a player being unconscious on the pitch.

This happened in the championship so I can see why it isn’t major news but it still concerning. For those not watching Huddersfield’s Tom Lees was caught by Blackpools Gary Madine (accidental) elbow. The referee saw this but allowed play to go on and Blackpool to attack.

Tom Lees remained prone on the ground whilst they attacked, despite the protests of the town players. Disgracefully the referee even looked back, saw the player still completely prone, almost blew his whistle but then still allowed play to continue.

When the ball went out of play he finally allowed the physio team, but not before booking a town player for (rightly) being rather cross he hadn’t stopped play. Lees was then treated for 9 minutes on the pitch before being carried off on a stretcher. The club later confirmed that he had been unconscious and will now be out of games because of the concussion protocol.

So why didn’t the referee stop play? Is it because he thought he was feigning?   But we’re told that play has to stop for any head injury? Maybe it’s because he wasn’t holding his head (because he was unconscious). Anyway it makes me cross because the Blackpool manager complained about his player being sent off for two correct bookings but completely failed to mention this, more serious, fault of the referees.

If we are to take players safety seriously then referees must be held to account when they fail so drastically, as in this case. As a minimum they must be made to justify their decisions after matches.
Sara (Town fan but still making a valid point)

Sancho had a dribble!
In response to Lee,

Sancho completed a dribble, albeit at the end of the game, but he got the ball to the other person who should have started, Edinson Cavani, who the F365 crew have already pointed out looks like he actually cares.

Here’s my evidence of the completed dribbles:
Alex in Rochester (Jamie Vardy bought our club and changed its color to mint green, please change it back to forest green, Jamie! Our old shirts will look weird!)