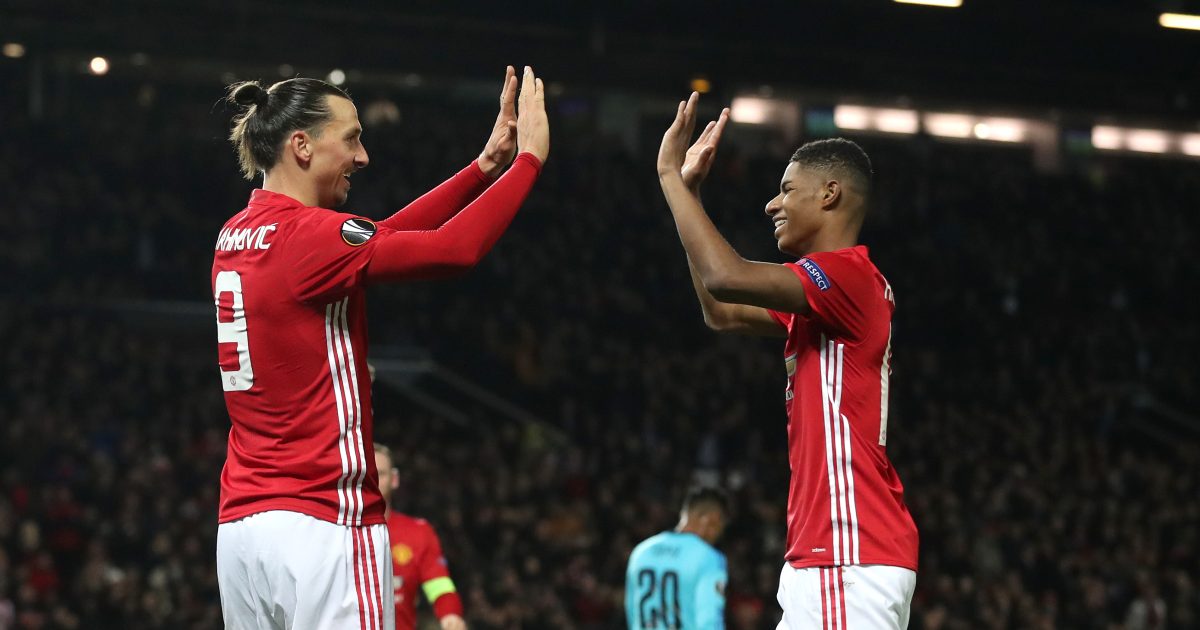 Marcus Rashford has insisted that he “learnt many things” from AC Milan star Zlatan Ibrahimovic during his time at Manchester United.

The Englishman broke into United’s first team during the 2015/16 season. He made a blistering start as he scored a brace in his Premier League debut against Arsenal at Old Trafford.

Rashford went onto reach eight goals for the Red Devils that season from 18 appearances in all competitions.

Ibrahimovic made the move to Old Trafford that summer on a free transfer. He got 29 goals from 53 appearances in just over a year at the club.

Rashford told BT Sport, as cited by The Daily Mail, that he looks back on playing with Ibrahimovic as a “special” time in his career:

“It was a good period for me as a young player to play with someone of his stature and calibre, someone who has won so many trophies and has so much quality on the pitch.

“It was a special period for me and I learnt many things from him and I’d say the biggest thing was preparing for each game mentally.

“He was always ready to play the next game, no matter if it was a good or bad result he was prepared and it showed me the mentality you need to have for a long career at the top. It’ll be good and exciting if I do get to play against him.

“We did a lot together, we did a lot of work together as forwards and sometimes he would be able to tell me little things.

“On the pitch, we’re quite different players but the biggest thing I could take from him was his mentality, the way he gets ready and prepares is relentless and that’s what you need to do to be at the top for 15 years or more.”

The forward was speaking ahead of Thursday night’s Europa League clash between Man United and AC Milan. After missing the first leg, Ibrahimovic is fit to return for the Italian giants.

Rashford insisted that United need to be “confident” in the second leg:

He added: “I think we have to go into the game confident, believe in our individual abilities and the ability of the team.

“We’ve shown on many occasions that we can come through difficult tasks and games and this is just another one of them. We’ll find a way to get through it and win the game.”