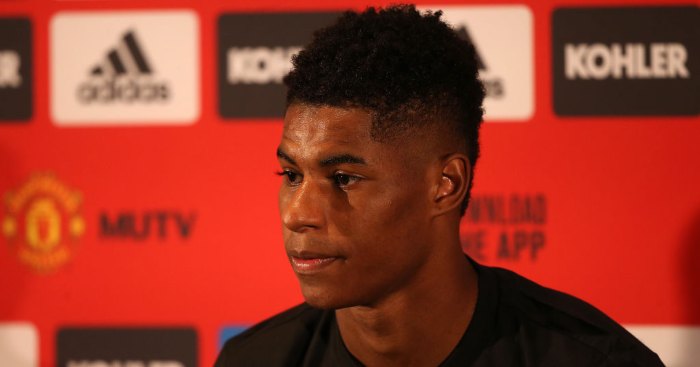 Marcus Rashford admits his “dream” to guide Manchester United back to the summit of English football was a big reason for him signing a new deal.

The England international signed a new four-year contract nine days ago, meaning he is now committed to the Old Trafford outfit until 2023.

Wythenshawe-born Rashford, whose new contract includes an option to extend for another year, is a product of the club’s youth system.

He has made 170 appearances for the club since breaking into the first team in 2016.

United finished in sixth position last term in the Premier League, 31 points of arch-rivals Liverpool in second and 32 points off Manchester City, who won the title.

And Rashford is determined to help United back to the top of the Premier League after six years without a title.

“For me that makes putting United back to where we want to be an even bigger challenge,” Rashford said.

“It is important we face it head on and move forward as a team.”

On the decision to sign a new contract, Rashford said: “For me it has always been a goal of mine to help the club get back to where they were.

“So it was not a hard decision because I don’t feel we have done that.

“That is something the dressing-room shares and we are looking for try and get that dream done.”