Home All The News Rashford: Man Utd teammate has same ‘mentality’ as Zlatan 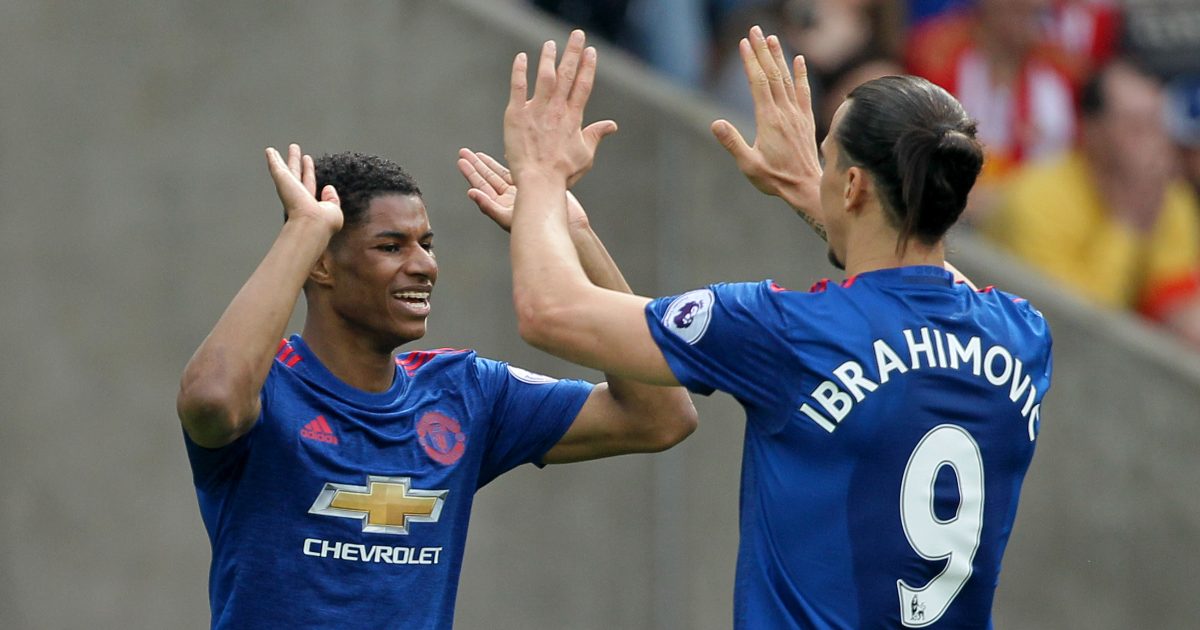 Marcus Rashford has suggested that Bruno Fernandes and Zlatan Ibrahimovic have the same winning mentality ahead of Thursday’s clash with AC Milan.

Ibrahimovic joined Manchester United in 2016 on a free transfer after he left PSG. By this point, he had won league titles in Italy, Spain and the Netherlands with AC Milan, Inter Milan, Juventus, Barcelona and Ajax.

The Swedish striker had been recognised as one of the world’s most lethal marksmen prior to his move to Old Trafford.

FEATURE: It’s no wonder ‘kings of Europe’ Man Utd are above Liverpool

Ibrahimovic shone for the Red Devils in just over a year in England. He scored 29 times from 53 outings as he helped United win the Europa League and EFL Cup.

The 39-year-old left in 2018 to join LA Galaxy in the MLS and he has since rejoined AC Milan.

Fernandes joined Manchester United in January 2020 for a fee that could eventually rise to £67m. The former Sporting Lisbon forward has been superb since his move to the Premier League.

The Portuguese international has 35 goals and 21 assists for United from just 65 appearances. He has been involved in 36 goals from 43 games so far this season.

Man United are set to be reunited with AC Milan star Ibrahimovic on Thursday night. After being unavailable for the first leg, he is fit to return for the second leg. It is all to play for in the return tie after they drew 1-1 at Old Trafford.

“Yeah you could say so. Mentally, they are both so strong and they want to win games.

“The game tomorrow is an opportunity for us to take one step forward.

“The aim for us is to win. When we, unfortunately, got kicked out of the Champions League, the focus was to win the Europa League.

“Anything less than that and I know the team, manager, staff aren’t going to be happy with that. We’re going to do our best to win this competition.”