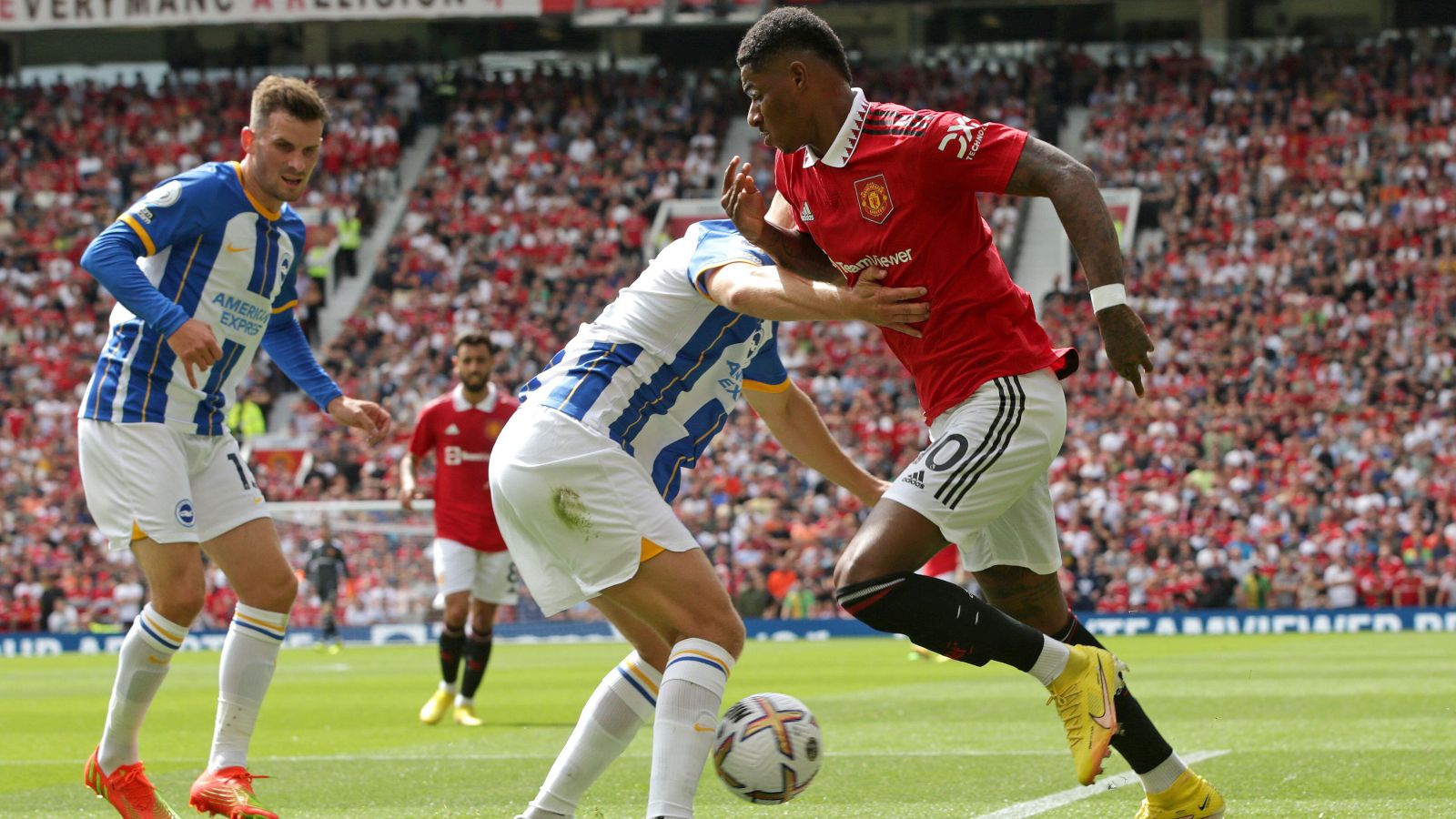 Marcus Rashford is still prioritising a stay at Man Utd despite strong interest from Paris Saint-Germain, according to reports.

The 24-year-old started last season in great form, scoring three goals in his first four matches back in the team after undergoing shoulder surgery following England’s defeat in the Euro 2020 final.

However, he struggled to replicate that form for the rest of the season with the England international scoring just two more goals in his next 28 matches in all competitions as Man Utd limped to a sixth-placed finish.

But he was criticised for his performance in the opening day defeat of the new campaign, against Brighton, with Erik ten Hag starting his reign with a 2-1 loss.

Yesterday, French newspaper L’Equipe claimed that PSG had held talks over a potential move to bring the Man Utd forward to the Parc des Princes.

It is understood that talks were ‘moving positively’ with Rashford in a ‘favourable’ position for the French champions as he’s in the final year of his contract, although Man Utd do have a one-year option to extend that.

And now the Daily Mail acknowledge talks have been held ‘over a sensational swoop’ with his representatives ‘in Paris in recent days to discuss the possible transfer with PSG chiefs’.

But importantly for Man Utd, ‘the forward is happy and has prioritised staying at Old Trafford, a stance that has been reiterated to United chiefs throughout the summer’.

Rashford’s stance means the Premier League side are ‘relaxed’ about the interest from PSG after they will now wait and see ‘if PSG formalise their interest in Rashford following discussions with his camp.

Man Utd are currently struggling for forwards with Cristiano Ronaldo – who wants to leave the club this summer – currently not up to match fitness, while Anthony Martial has suffered another injury.

And that makes it ‘unlikely that United would even consider letting their attacker leave the club this summer’ with Ten Hag still hoping to sign another forward before the end of the transfer window.

The Daily Mail adds: ‘Indeed, the interest from PSG could yet be used as leverage in future negotiations over a new deal for Rashford at United – a scenario the French club are likely to be acutely aware of.’