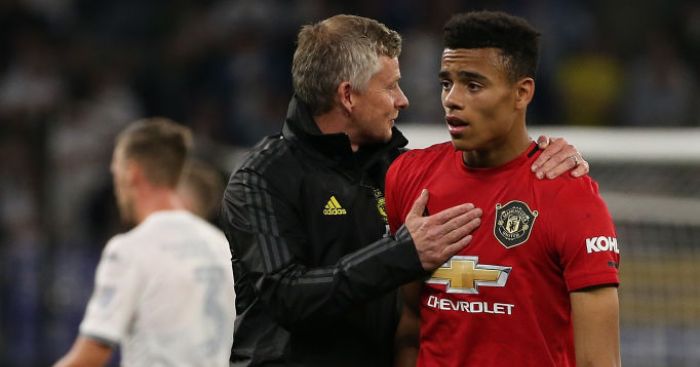 After scoring 30 goals in 29 appearances for the academy sides last season and making his first-team debut, the 17-year-old looks set to become an important member of the first-team squad moving forwards.

Greenwood has impressed during pre-season and scored his first senior goal for the club as United swatted aside Leeds 4-0 at Optus Stadium, where Solskjaer said he would have no hesitation starting him in their Premier League opener.

The teenager started in attack on Wednesday with Rashford – a player who knows all about breaking through at Old Trafford and dealing with growing expectation.

“It’s definitely a nice thing,” the forward, still only 21, said after the match in Perth.

“For him, you have to understand people’s characteristics. He’s quite a laid-back person so I think for him it’s no good putting things in his head constantly and repeatedly.

“He’s a clever kid so he’ll learn it as he goes, but, yeah, his natural abilities are frightening.

“The manager is obviously doing a good job in sort of guiding him in the right direction and the more you do that, his talent will just come through.”