Home All The News Rashford: Top four for Man Utd is ‘nowhere near impossible’ 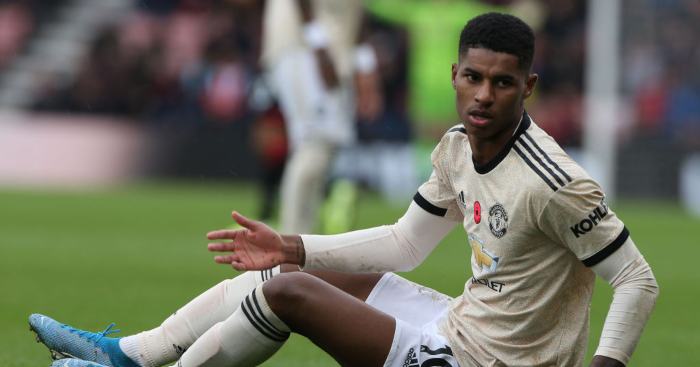 Manchester United’s ambitions of finishing in the top four this season are far from impossible, according to Marcus Rashford.

Solskjaer’s side have picked up just five Premier League points from the last 18 available after slipping to Saturday’s 1-0 loss at Bournemouth.

United appeared to be building some momentum on the back of three successive away wins in three different competitions but their mini-revival was ended at the Vitality Stadium by former player Joshua King.

The south coast setback leaves the Red Devils with only 13 points from 11 top-flight games – their lowest total at this stage of a season for 33 years – and piles pressure back on manager Solskjaer.

The result at Bournemouth leaves Man Utd tenth in the Premier League and ten points off fourth-placed Chelsea.

“It’s going to be tough [to get into the top four] but it’s nowhere near impossible,” Rashford told Sky Sports.  “We don’t need to focus on any other teams, we play our best football when we focus on ourselves and us improving.

“That’s the only way Man Utd play good football and we need to get back to doing that. It can be very simple for us and at the same time, you don’t want to make it complicated for yourself.

“Out of 38 league games, you’re not going to play well 38 times but just because you don’t play well, doesn’t mean you can’t win the game and that’s the thing we can improve on. When we’re not quite playing at our best, we can find a way to get over the line.

“If we control the moments when the opposition are on top better, I’m sure in time we will know how to control them, their fans, the tempo that they play at and once we do that, we can start to win consistently.”