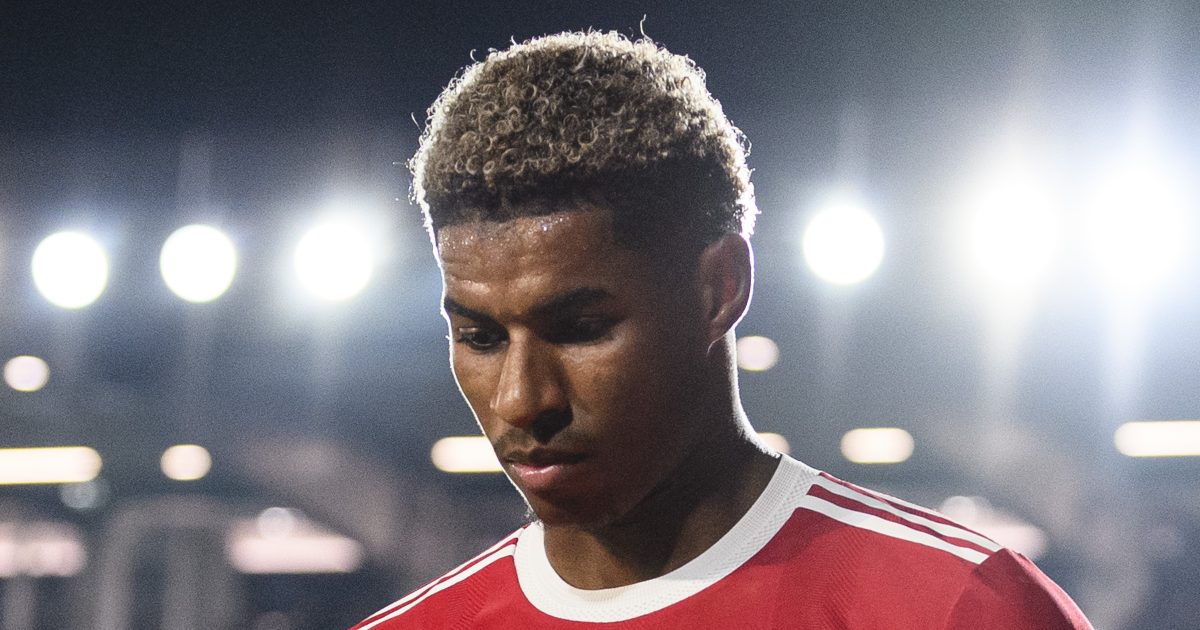 Marcus Rashford has withdrawn from the England squad for the upcoming international break and he has been replaced by Arsenal star Emile Smith Rowe.

The Man Utd attacker has recently returned to action after undergoing shoulder surgery before the 2021/22 campaign.

Rashford has netted three times from his six outings so far this term. He is set to remain at United during the break so he can “regain full fitness”.

Arsenal star Smith Rowe has replaced him in the squad. He has been in fine form for the Gunners so far this season.

The Englishman has been involved in seven goals from his 13 games across all competitions. He has been key for Arsenal as they have risen up to fifth in the Premier League.

His performances have been rewarded as he has received his first senior England call-up. The FA confirmed the news via their website, as they also stated that James Ward-Prowse has dropped out through illness:

“The Arsenal forward arrived at St. George’s Park on Monday having initially been scheduled to join the MU21s in Burnley.

“However, Marcus Rashford, James Ward-Prowse, Mason Mount and Luke Shaw have not reported for international duty.

“Rashford will remain with Manchester United in order to concentrate on regaining full fitness while Ward-Prowse is ruled out of the forthcoming FIFA World Cup qualifiers through illness.

“Mount’s arrival has been delayed due to recent dental surgery and he will continue to be monitored in the coming days, as will Shaw who is currently following concussion protocol at his club.

“It means Gareth Southgate begins preparation for Albania and San Marino with 22 players.”

“I think No.1, I’m pleased part of the ownership has come out and spoke.

“Not just Arsenal, I’d like to see that from a lot of other clubs. I really applaud the interview with Geoff there.

“There was a little bit of David Brent in it. Vision. Strategy. For me, they’re just words.

“When you talk about what happened at the end of Arsene Wenger ‘s time, when they talk about ‘we went out of the top four, we need to re-evaluate’.

“Why were they not re-evaluating when they were in the top four? They weren’t challenging for the league for a very long time. They took it for granted that they were in the Champions League. That was a cash cow for them.

“Now they’re not in the Champions League, there’s this desperation to get back in there, I understand that. You then throw money at it to try and achieve to get back in there. You talk about then that will attract better players to challenge for the league.

“But under their ownership, they’ve been in a position where they were in the Champions League and they never challenged for the league. So that for me will be the proof in the pudding.

“When Arsenal get back in the Champions League, which they will because they’re a great and massive club, what do they do when they’re there.”