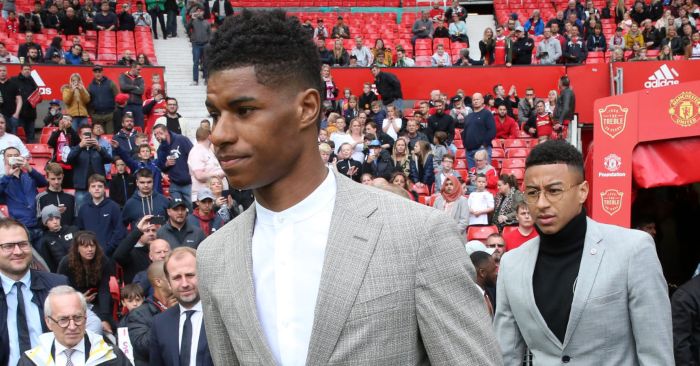 Manchester United striker Marcus Rashford’s family travelled to Barcelona to hold a secret transfer meeting with Nou Camp officials over the summer, according to Unibet.

The 21-year-old was a reported target of Barcelona during the summer transfer window and it appears the forward was interested in exploring the possibility of a move.

Rashford is now United’s first choice striker after the departure of Romelu Lukaku, but his performances have frustrated his manager so far this season.

He has also drawn criticism from Michael Owen for his poor form.

Which begs the question: How do Owen and Rashford compare?

The England star will be hoping to find the net against Bulgaria in the Euro qualifiers and Rashford believes the competition with Harry Kane for the national side will only improve him as a player.

“The competition is going to push me and other players to improve and do better, so you can only see it as a positive,” he said.

“So, if we want to do that, we need the best players, so you would never want anybody to hold any player back, regardless of age or the position he played.

“So, for me, it’s exciting to have a squad full of players that can come on the scene at any moment and do something special.

“We’re a team at the end of the day, it’s not like it’s a competition between me and Jadon (Sancho), or Jadon and Raheem (Sterling). So, we use each other’s strengths to make each other better and if you watch training, then you’d see how it all works.