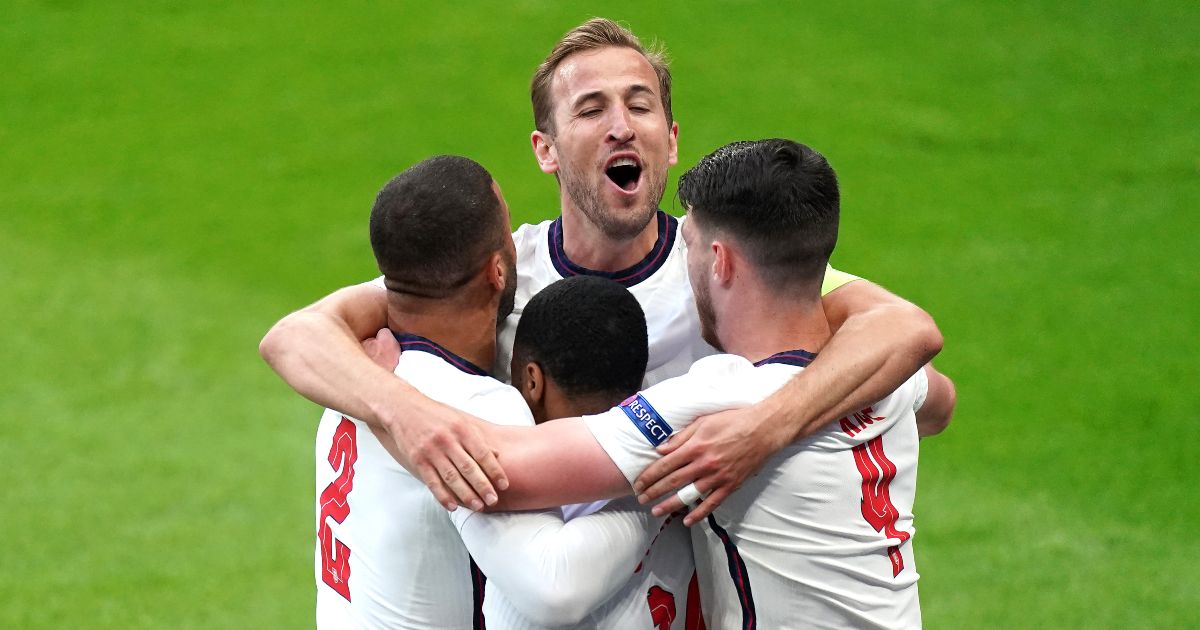 England won 1-0 because England win 1-0. There was much to like about that first half in particular.

16 Conclusions are available, if you fancy.

JORDAN PICKFORD: Two years ago, we absolutely would not have expected to a) go into another major tournament with Pickford between the posts and b) be absolutely fine with that situation. No longer are we waiting for the bollock to be dropped or for the over-excited puppy to get unnecessarily involved with chasing balls and people in the next field. He looks calm, he looks mature and he looks like a more-than-decent goalkeeper, as demonstrated by the two-handed save to deny Tomas Holes and some confident two-handed punching. Maybe he just needed to realise he had two hands.

KYLE WALKER: Some will point to a lack of chances created and a general lack of forward motion, but right-back is still primarily a defensive position and we quite like having Walker and his recovery pace closer to his own goal. He is an extra layer of security, especially when playing alongside two centre-halves who relish the chance to step out of the defence. Oh and he absolutely loves a chest-back; there is no better exponent of the art.

JOHN STONES: Excellent on and off the ball as England kept their fifth consecutive clean sheet, as he has been for all of this tournament. Thank whoever you pray towards that he sorted his head, his game and his feet out this season because we were a Harry Maguire injury away from a Conor Coady and Tyrone Mings partnership in a major tournament.

HARRY MAGUIRE: All those column inches wasted on bemoaning the fact that Gareth Southgate brought Harry Maguire to this tournament, as if it were all just for sh*ts and giggles and not based on medical advice that the Manchester United man could play some part in the group stages of the tournament and then be fully fit for the last 16. This was the perfect game to ease him back in; the Czechs had no real pace but just about threatened enough to get Maguire’s boots dirty. One sumptuous pass for Harry Kane in the first half and a barnstorming run in the second showcased what we have been missing: ambition and vision from our centre-halves.

LUKE SHAW: So much better than he had showed against Scotland and is now surely England’s first-choice left-back. He clearly relished linking up with Jack Grealish and Raheem Sterling down England’s left, and it was his arrowed ball that released the latter for his very early chance. Never really troubled in defence but was more than willing to stick his lovely big arse in the way when required.

Luke Shaw ended the group stage as the leading chance creator for England — despite playing only two games, he created 𝙩𝙬𝙞𝙘𝙚 as many as the next highest player. pic.twitter.com/4cRTUNUYog

DECLAN RICE: Yes, there were backwards and sideways passes. Yes, he always looks happiest dropping into the defence. No, this is not the game to judge him because the Czechs did not threaten quite enough to accentuate his strengths or his flaws. But in the midst of this very Declan Rice performance was a forward, progressive run that gave us such a shock that we had to rewind and check that it was indeed Declan Rice. England were much, much worse after his removal, which was almost certainly mentioned when he tearily FaceTimed Mason Mount from the dressing-room.

KALVIN PHILLIPS: Less eye-catching than v Croatia but less passive than v Scotland. In the first half, he consistently leaned right and linked up excellently with Saka, often playing the role of the overlapping right-back, particularly for the Sterling goal. Dropped deeper after the break and we saw more of the Leeds player who looks for those long raking balls, but England also looked far more ragged and vulnerable. It was a 6/10 performance and we cannot quite work out whether that is enough to keep him in the team.

BUKAYO SAKA: Oh my. We could not be happier for Saka after some ludicrous pre-match talk of Southgate basically throwing the game by choosing him over Jadon Sancho, who became the cause celebre as soon as it became clear that The Great Rejected Jack Grealish was actually in Southgate’s plans after all.

By the way, the pivot from Grealish clamour to Sancho outrage was absolutely seamlessly orchestrated to ignore Grealish actually starting and ensure there is always a point of focused anger over selection. Genuinely impressive.

He was astonishingly good, dropping deep and central to pick up the ball and run at the Czech defence, the ball seemingly stuck to his instep. He was direct, he was fast, he was tricky and all that directly led to England’s goal. But he was also defensively diligent and an excellent professional when things started to get lazy and sloppy in the second half. Will those clamouring for Sancho now pivot to a Saka clamour for the last 16? It seems an awful long time since the Phil Foden clamour of 2020. Clearly he can f*** off now. Yesterday’s man.

JACK GREALISH: He came, he wandered, he probed, he always looked dangerous and largely made the right decisions, though it was noticeable how he struggled to get into the game after the break. Played a major part in the goal, keeping his cool to head to Harry Kane and then move again to receive the pass before dinking the ball towards the back post. He definitely makes sh*t happen – and absolutely excites the crowd – but does Gareth Southgate have a place in his team for that type of player? In all seriousness, there is not a chance he risks him against Germany and the clamour will be deafening.

RAHEEM STERLING: Some people will never be happy for as long as Sterling is an automatic pick in this England side but he remains the only Englishman to score at this tournament while consistently threatening and kitten-prompting with his pace and movement. Within moments of the opening whistle he had hit the post after a brilliantly timed run behind his full-back and dinked shot over the stranded goalkeeper. And then came the goal, which might have looked a simple finish but needed a clever run across Bukayo Saka to be in exactly the right place.

Raheem Sterling has 20 goal involvements in his last 19 games for England 🏴󠁧󠁢󠁥󠁮󠁧󠁿 pic.twitter.com/2lsdaNBMnT

HARRY KANE: Still no goal – and you would have put good money on his scoring that one clear-cut chance two months ago for Tottenham – but the rest of his game was so much better than we saw against either Croatia or Scotland. Just as in 2018, he benefited from having trickier, more energetic players buzzing around him and interchanging positions. His involvement in the goal should not be underestimated. This was far, far better so we can probably stop using the word ‘leggy’ about now.

JORDAN HENDERSON (on for Rice, 45): Important he got 45 minutes but there was nothing in that 45 minutes that suggested he should be parachuted into the starting XI. He definitely provided more forward motion than Rice but that defensive platform had noticeably been pulled from under the feet of the attacking quartet.

MARCUS RASHFORD (on for Sterling, 67): There were some loose touches but there was also some excellent tracking back and a couple of dribbles that made you think he could be a weapon from the bench.

JUDE BELLINGHAM (on for Grealish, 68): Eager without being rash in a slightly more advanced role, these are valuable minutes and Bellingham could yet be a 100-cap man. Gives Southgate the option of a ‘defensive’ substitution with genuine goal threat.

TYRONE MINGS (on for Stones, 79): England’s third-choice centre-half and that feels fine.