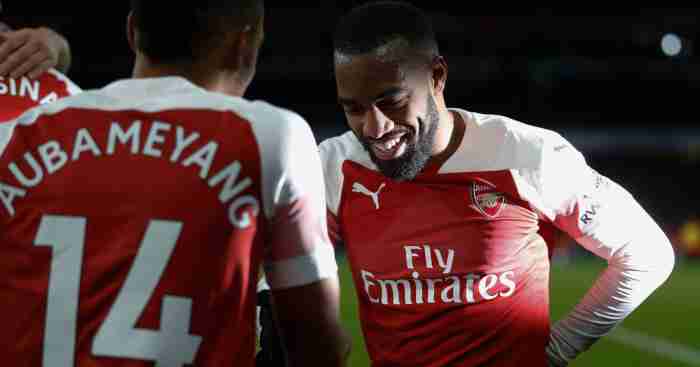 Four Premier League clubs have recruited centre-forwards from abroad with few knowing exactly what to expect from the likes of Joelinton and Wesley in their first season in England. The strikers brought in from abroad in the last two campaigns have been a very mixed bag.

Stats are from their first season in the Premier League, or half season if they signed in January…

Roy Hodgson was hoping that the 22-year-old Norway striker from FC Midtjylland might provoke Christian Benteke into finding some form and Sorloth did make the Belgian look good, but in the worst possible way. He started four games at the start of last season without a goal or an assist before being shipped out on loan.

The Spanish striker was hailed as one of the bargains of the summer when he joined Everton from Malaga but Ramirez has now embarked on his third loan spell away from Goodison Park since moving to Merseyside only two years ago.

I see @GaryLineker has not responded to my view that Everton signing Sandro Ramirez will be a sensation this season .. maybe 40 goals +

The Argentine striker had only five goals in 22 appearances in 2017/18 with Monaco when he made the move to Saints for Mauricio Pellegrino so perhaps we should not have been surprised that he failed to notch during seven appearances in the second half of the campaign. Pellegrino was still besotted – he took him to Leganes on loan last season and he wants the 28-year-old back but Saints want rid permanently rather than on loan.

The Argentinian was hardly the only new recruit to struggle at Fulham last season, but that hasn’t stopped Sporting Lisbon from signing the 25-year-old from Atletico Madrid for around £5.5million.

The Japan striker didn’t start for Rafa Benitez after Boxing Day, which the Newcastle manager put down to unfamiliarity with his team-mates: “I think he’s getting better in terms of the understanding with his team-mates because he is having English lessons, so he can communicate much better.”

The Cameroon forward joined the Potters as a free agent following the expiry of his deal with Schalke and he was far from the worst player as the Potters sank down the Championship. But nor was he the best so quite why PSG thought he might do a job for them is anyone’s guess…

Is this the worst miss of all time? 😂

But this is something else 👀 pic.twitter.com/zSudeXAl1b

The once-capped Belgium forward – a “proper striker”, according to David Wagner – made a fair contribution during his first season in England, but the 30-year-old failed to find the net at all last season, offering only one miserly assist as Town were relegated. Not that the Championship is Depoitre’s problem – he’s returned to Gent.

The summer recruit from Deportivo La Coruna featured predominantly as a substitute under Chris Hughton, coming off the bench 15 times to supplement eight starts. Andone is hoping to make the most of a clean slate under Graham Potter: “Now I feel ready, I know what I need to do this year and I know what this division is about.”

The Benin striker was a club-record purchase from Montpellier before Huddersfield’s first season in the Premier League and target man Mounie made a decent fist of his maiden season. Last year was much more of a struggle, as it was for everyone at Town, with Mounie netting only twice while flitting between the starting XI and the bench.

Chris Hughton broke Brighton’s transfer record to sign Locadia from PSV in January 2018 and the Seagulls expected an immediate impact: “He is a strong, powerful and quick centre-forward with a real eye for goal, and will increase our attacking options in the second half of the season,” said Hughton before Locadia scored a single goal while spending most of his time on the bench. Despite featuring more regularly in his first full campaign, the Dutch striker has added only two more to the Premier League scoresheet.

The Argentina striker was clearly way off his devastating peak during his half-season loan at Stamford Bridge – but still considerably better than anyone else available to Maurizio Sarri. Higuain started 13 of the 15 matches he was available for.

Everton were desperate for a striker when Tosun showed up from Besiktas in January 2018 but, sadly for the Toffees, it became clear during his first full season that their search should continue when he notched only three times in 25 appearances. They’re still looking…

Antonio Conte wanted Romelu Lukaku but got Morata instead and after a positive start – nine goals in his first 11 appearances – it became clear neither the club nor the player were much enjoying the working relationship. Somehow, Chelsea have secured a deal to get their money back on the Spain striker, with Atletico paying another £58million to put Morata at No.4 on the list of players to have accumulated the highest amount in transfer fees.

So impressive during his initial loan during which he started all but two league games (he came on in the other two) that Wolves didn’t faff about with securing a permanent deal, setting a new record transfer spend at £30m while making the centre-forward the most expensive Mexican ever to play in the Premier League. Not a crowded field, admittedly.

The France striker carried the goalscoring burden for Arsenal until Pierre-Emerick Aubameyang arrived the following January to lend him a hand. Lacazette notched eight goals in his first 15 games, and though the second half of his first season was blighted by injuries, the former Lyon star showed immediate signs of a spark with Lacazette, which grew during their first full season together.

Arsenal’s record signing, Arsene Wenger’s parting gift in January 2018, wasted no time in settling in the Premier League, playing a direct role in 14 goals in his first 13 appearances. Aubameyang built on that flying start in his first full season, finishing as the joint winner of the Golden Boot.