Home All The News Jimenez opens up on Wolves future amid Arsenal, Man Utd links 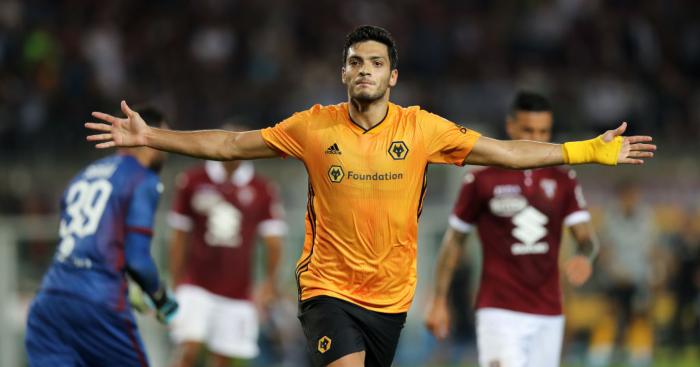 Raul Jimenez would like to be playing in the Champions League on a regular basis but insists he is happy at Wolves.

The Mexican has been in brilliant form this season with 16 goals and nine assists in all competitions this season for Nuno Espirito Santo’s men.

And those performances have led to interest from the likes of Premier League giants Arsenal and Manchester United but Jimenez is happy at Molineux.

“I have a contract until 2023,” Jimenez said during a Facebook Live session.

“It’s not that we have to qualify for the Champions League in order to stay. I’m good [here], happy with Wolves, doing important things – me as well as the whole team.

“We’ve been trying our best since the start of last season. We’ve qualified for the Europa League, now we’re fighting for a Champions League spot.

“And it’s the big motivation to keep growing as a player and getting into the Champions League is always a plus that satisfies you and keeps you thinking about big things.”

On potentially heading back to central America, Jimenez said: “In 10 years I will be 39 so, I don’t know, I may be retired. I hope to last as long as I can.

“I have been a player with few injuries and I hope to continue for many more years.

“I then want to be a coach or take a position on TV, but I will continue in football.

“I am having a good time in Europe for now but in the future I don’t rule out going back to America.”