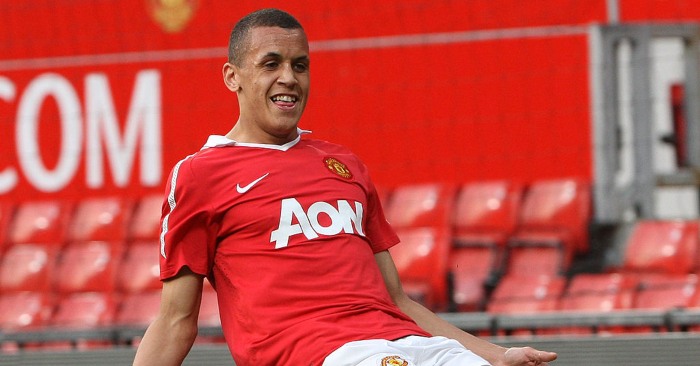 Jim Baxter’s time at Nottingham Forest is semi-legendary. Or notorious. Baxter is best remember for his teasing, Shackleton-like performance against England in 1967, but he can legitimately claim to have been one of the finest British players of the decade and, even now, remains one of the very best in Glasgow Rangers’ history.

But ‘Slim’ Jim didn’t make it to Forest. Baxter had chased the money across the border, leaving Ibrox for Sunderland in 1965, and he arrived at the City Ground two years later, round-faced, under-motivated and on the wane. Forest had bought the reputation rather than the player and, unfortunately, they’d spent £100,000 on that folly.

That part of his career became a rich trove of anecdotes, but will be a bittersweet memory for anyone who saw Baxter at his peak. But maybe it frames his legend? Perhaps part of the reason why he is remembered with such enduring fondness is not just his talent, but because of the frame created by his apparent disregard for that talent.

Baxter the player was finished by alcohol. But Baxter the icon is probably embellished by the richness and briefness of his period at the top of the game, and how elusive that greatness seemed after it had been frittered away. Players perceived to have squandered their gifts are always compelling. George Best, Garrincha… Robin Friday. It comes to them so easily and they barely bother to cling on as it slips away. It’s that implausible disregard for their talent which makes them so seductive.

Whatever the actual truth, it’s interesting. Everyone may admire those who are first to training and last to leave, who live like monks during the season and are in bed by 9.30pm, but they lack any satisfying texture. Their ability seems more acquired. For players like Baxter, though – the flawed, roguish, anti-professional – it’s a much more ethereal concept.

Where Ravel Morrison fits into this conversation time will tell. For now, he’s back in the Premier League, having signed a one-year deal with Sheffield United after a successful trial. Morrison is still only 26. He’s already played in Mexico, Sweden and Italy and, having been incidental for so long, his name should now barely register.

After all, what has he done? There was that clip from England u21 training, the mule kick goal which went viral. Then the slaloming run at White Hart Lane. And then…what?

This is the fascination with Morrison. The testimony as to how good he might have been is plentiful – how many former Manchester United players have claimed him as the finest prospect they’ve ever seen? – but the evidence of that ability barely exists. As a result, there remains this chasm between what Morrison could have been and what he is. More intriguingly, nobody has ever published a proper diagnosis for why that separation exists.

There are whispers, of course. The portrait of Morrison has always been of a troubled young man and, within that context, the stories have often just been accepted with a slow shake of the head. In January 2015, the charges which had followed him around since 2012 were dropped and yet, to this day, they continue to be presumed proven. What can be said with some certainty is that the malignancy of that episode has offered a very tenuous explanation for why Morrison isn’t pushing passes around a Champions League midfield and playing for England.

It has created a nebulous rationale: that Morrison is just of bad character, is uncoachable and has slapped away anyone who has ever tried to help him. He had a difficult childhood, that’s certainly clear, and by his own acknowledgement, his behaviour during his teenage years was less than admirable. At the same time, however, he offers conflicting explanations for why he left Manchester United and is prevented by confidentiality agreement from discussing his departure from West Ham.

The result is a career which has floundered in virtual silence. There is no inhibiting knee injury behind Morrison’s drift and no revelation that actually, he was just never as good as he was projected to be. He wasn’t just another lie that English football told itself. He must have been real.

And the interest remains real, too. With his name comes immediate and simultaneous associations: the talent and the darkness. When Sheffield United announced that he was signing a full-time contract, the instinct was to wish him well and hope that – this time – he can transcend the innuendo. And you do find yourself wanting that. Without a proper explanation for why his career has not progressed as it should, the temptation is to believe that whatever made him special in the first place must still exist. Like forgotten treasure buried a long time ago and without a map. It’s probably damaged by time, but it’s out there somewhere.

In a sense, Ravel Morrison bears no relation to someone like Jim Baxter at all. One had a career, one didn’t. One destroyed something that’s real, the other seems destined to be perpetual theory. But the response is the same. Rangers re-signed Baxter in 1969. They knew he was shot to pieces, but they printed the t-shirts and welcomed him home to Ibrox anyway. Even then.

When something beguiles and fascinates people, they will always want to believe that they can glimpse it again.