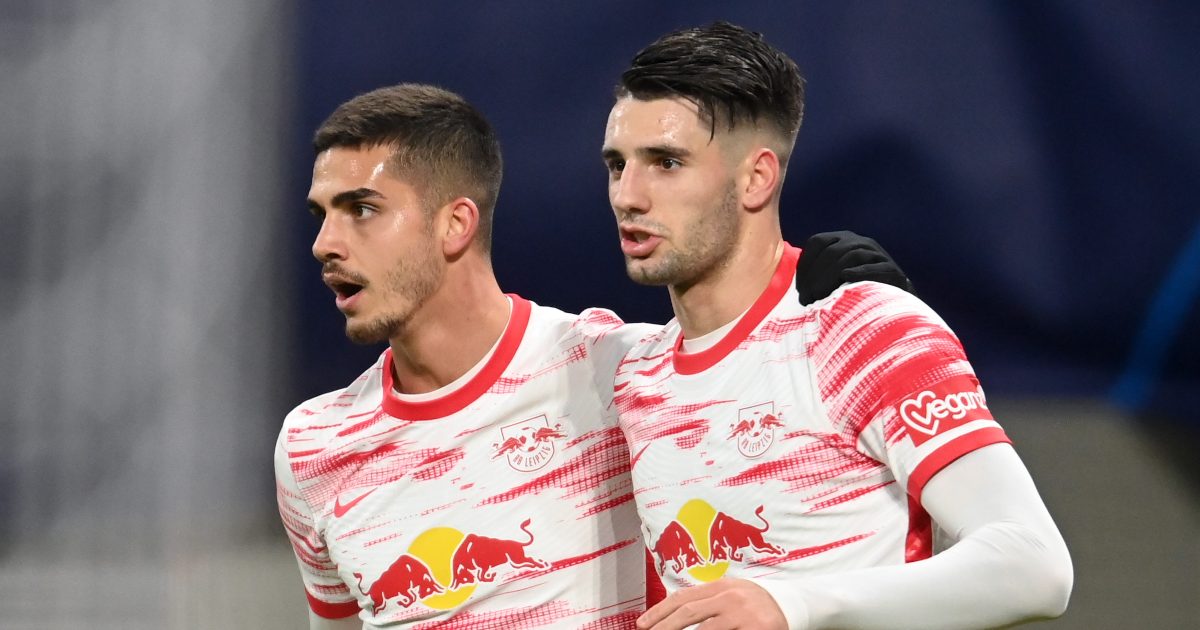 Kyle Walker was shown a straight red card as Manchester City were beaten 2-1 by RB Leipzig in their final Champions League group game of the 2021/22 season.

Pep Guardiola’s side had already secured top spot in Group A heading into this game. Walker’s red card provides the boss with an unnecessary headache going into the knockout stages.

Dominik Szoboszlai and Andre Silva scored in either half for RB Leipzig as they got the better of Man City.

Riyad Mahrez pulled one back 14 minutes from time but Walker’s red card for an unnecessary hack at Silva ended their hopes on the night.

It was a sprightly performance from managerless Leipzig, who shrugged aside an apparent crisis to secure third place in the group and a Europa League spot.

One positive for Man City was that Kevin De Bruyne, one of seven alterations made by Guardiola, managed 87 minutes on his first start since a spell out with coronavirus.

The match may have been played in a kind of eerie atmosphere following a tightening of lockdown restrictions in Germany, but that did not prevent either side playing positively.

The hosts, who sacked manager Jesse Marsch last weekend after a poor run of results and were recently hit by a Covid-19 outbreak, were certainly up for the challenge.

They attacked with confidence and were it not for City goalkeeper Zack Steffen, impressively deputising for the rested Ederson, they could have led by more than one at the interval.

They had the first serious opportunity when the ball rebounded back to Kevin Kampl off a defender following his attempted backheel across goal. The Slovenian lashed the ball at goal but Steffen saved at his near post.

Steffen needed to be alert again to claim possession after Christopher Nkunku, who scored a hat-trick in Leipzig’s defeat at the Etihad Stadium, played in Silva.

At the other end, Jack Grealish shot over and forced a save from Peter Gulacsi while De Bruyne also missed the target.

Leipzig claimed the lead after 24 minutes as Szoboszlai raced clear from a superb pass from Konrad Laimer and coolly rounded Steffen to slot home.

The German side then had two good chances to double their lead soon after but Steffen again rescued City, saving well as Emil Forsberg shot from the edge of the area and then as Silva got in a header.

City almost levelled before the break as a Phil Foden drive was tipped onto the post by Gulacsi, who also pushed away a De Bruyne free-kick.

Raheem Sterling replaced Foden at the break and the visitors began to gain more control but they were unable to convert it into meaningful chances.

Leipzig doubled their advantage with just under 20 minutes remaining.

Forsberg broke clear down the left and then calmly squared for Silva to fire home with a low shot from distance.

Despite having little to play for, City did not concede defeat and felt they should have had a penalty after Sterling was bundled over in a passage of play that also saw Fernandinho shoot over.

Nothing was given but City finally broke through soon after as Oleksandr Zinchenko curled in a dangerous cross from the left and Mahrez stooped to guide home a header.

The visitors stepped up the pressure in search of an equaliser and Grealish had an effort blocked.

The game started to get niggly in the latter stages and Walker was sent off with eight minutes remaining after a bad challenge on Silva.

De Bruyne went close late on with a curling effort but Leipzig held on.