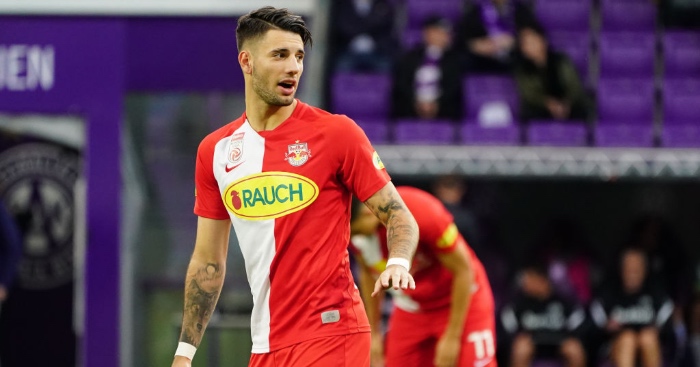 Szoboszlai has become of the most sought after talents in Europe after impressing in the Austrian Bundesliga.

Speaking on the Futbol Podcast, the coach responded to whether Szoboszlai would leave in January: “Yes. The reality is that a guy like Dominik Szoboszlai is likely to have many suitors this winter.

It looks like the Gunners will have a good chance of signing their main transfer target in the January window.

The club will be encouraged by Szoboszlai’s relatively low release clause. That stands at £22.5 million, which is good when his potential and the current market are taken into account.

Szoboszlai is touted as a cheaper alternative to Lyon’s Houssem Aouar.

Both manager Mikel Arteta and director Edu are searching for a player to provide creativity in midfield.

Szoboszlai could be the perfect option to link up their midfield with strikers Pierre-Emerick Aubameyang and Alexandre Lacazette.

Arsenal will have stiff competition, however.

Real have been linked with the player since he scored a stunning goal to send Hungary to the European Championships.

They could beat Arsenal to the signing of Szoboszlai if Edu doesn’t act fast.

Watch this space for an interesting January transfer battle over one of Europe’s best young talents.