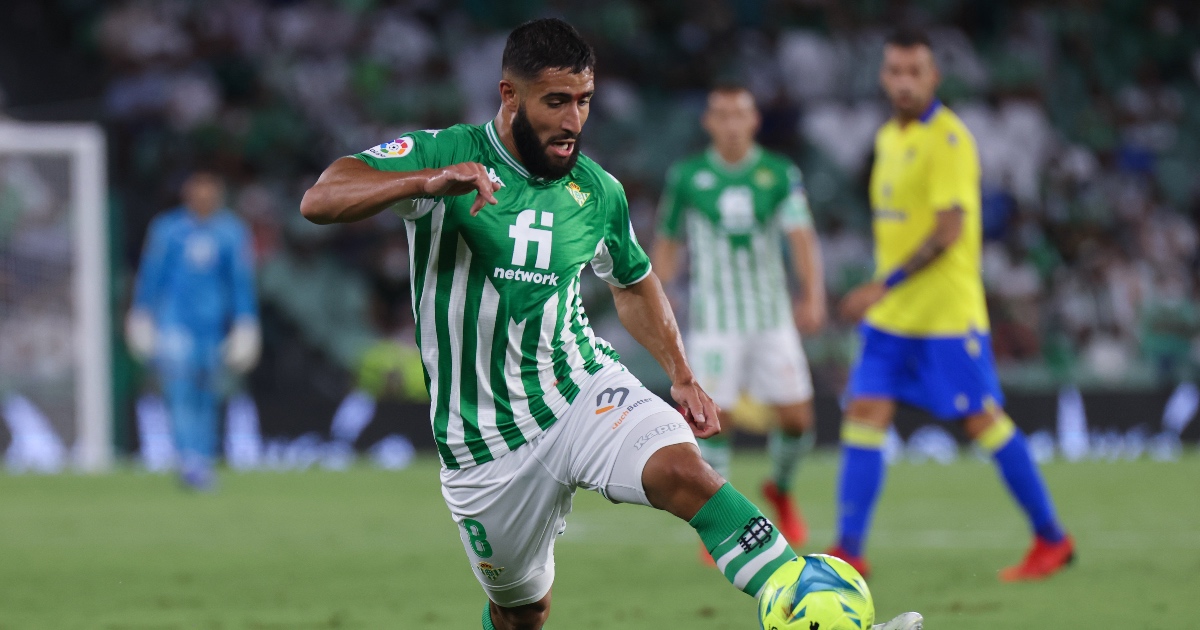 Real Betis attacking midfielder Nabil Fekir has spoken about his failed transfer to Liverpool back in 2018.

The 28-year-old had just finished an excellent season with Lyon, where he notched 18 goals and seven assists in 30 Ligue Un matches.

Clubs from all across Europe were interested in his signature, but it was the Reds who closed in.

Liverpool were reportedly willing to pay £53million to land the Frenchman, only to opt out at the last minute.

In an interview with The Times, Fekir has now revealed what stopped the switch from going ahead.

“It was a dark moment,” he said. “I saw plenty of things which weren’t true. It was said the knee stopped me going to Liverpool but that wasn’t true.

“I went to Clairefontaine [France’s football centre near Paris], and they did all the proof [medical] and the knee was fine.

“I had a problem with my agent, my adviser. It was the agent [who was] responsible for the deal not going through.”

The player, capped 25 times by Les Blues, continued: “Of course I was disappointed not to go to Liverpool, very disappointed because Liverpool are a great club.

“I met the coach, Jurgen Klopp, and it went well. After meeting him, I wanted to join Liverpool even more. He’s a good person.

“It was really difficult to deal with as I really wanted to go to Liverpool. It was a moment that was not easy for me.”

Fekir left France for Real Betis the following summer, in a deal worth up to £27.6m. Last term, he helped the Spanish outfit to finish sixth in La Liga.

Meanwhile, pundit Kevin Campbell has given his verdict on the prospect of Liverpool signing James Ward-Prowse.

The England midfielder recently signed a new contract at Southampton and will be hard to prize away.

But Campbell thinks Klopp’s men could come calling if they suffer a shortage this winter.

“If Liverpool are struggling around the Christmas period I think that is a signing they may look at in January,” the former striker said.

“Ward-Prowse is a brilliant player and I can see him at Liverpool. What I like about him is that there is no hullabaloo. He goes out there, does his job and is always fit.

“If they are struggling in that midfielder [role] I think he is a player they would look at.”