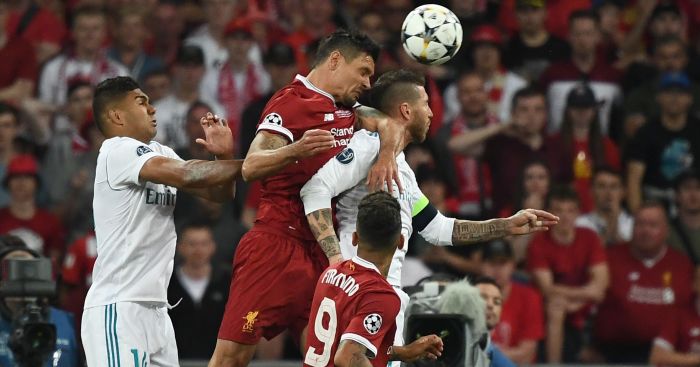 Lovren laid into Ramos earlier this month, labelling the Spaniard luck and error-prone.

It was the latest example of a Liverpool employee sniping at the Real captain, with Jurgen Klopp branding him a “wrestler” after injuring Mohamed Salah in the Champions League final.

Roberto Firmino also called Ramos an “idiot” after the Spain international hit out at Liverpool as a whole in the aftermath.

Ramos has again felt compelled to reply after Lovren’s comments.

“I’ve said it many times. I don’t know if these things are said out of frustration or for other reasons,” Ramos said.

“I’m not going to answer Lovren or whoever wants to win three front pages or start the news bulletin.

“Everyone wins things for himself on the pitch.”