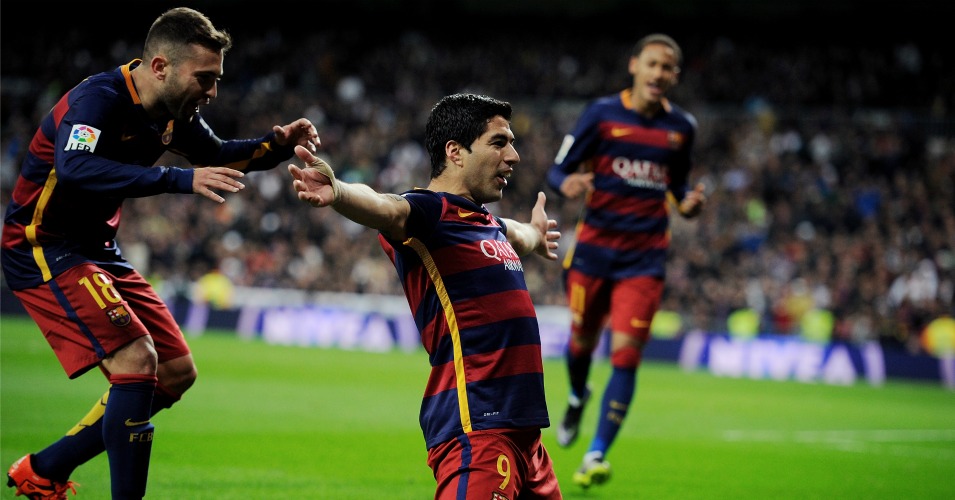 Barcelona handed out an El Clasico thrashing in the Bernabeu, winning 4-0 to pile the pressure on Rafa Benitez.

The Catalans began the game with star man Lionel Messi on the bench but took a commanding lead at half-time thanks to goals from Luis Suarez and Neymar.

Andres Iniesta added a superb third early in the second period, and Suarez completed the rout thanks to a pass from substitute Messi.

Rafael Benitez’s shellshocked side were reduced to 10 men near the end of an already galling affair when substitute Isco was shown a straight red card for kicking Neymar, and Benitez’s future at the club could well be under threat after seeing his team suffer costly back-to-back defeats following an unbeaten start to the season.

Barcelona, meanwhile, sit pretty at the top of the table after this most spectacular of performances, which must rank as their best display against their bitter rivals since Pep Guardiola’s side beat a Madrid side coached by Jose Mourinho 5-0 in 2010.