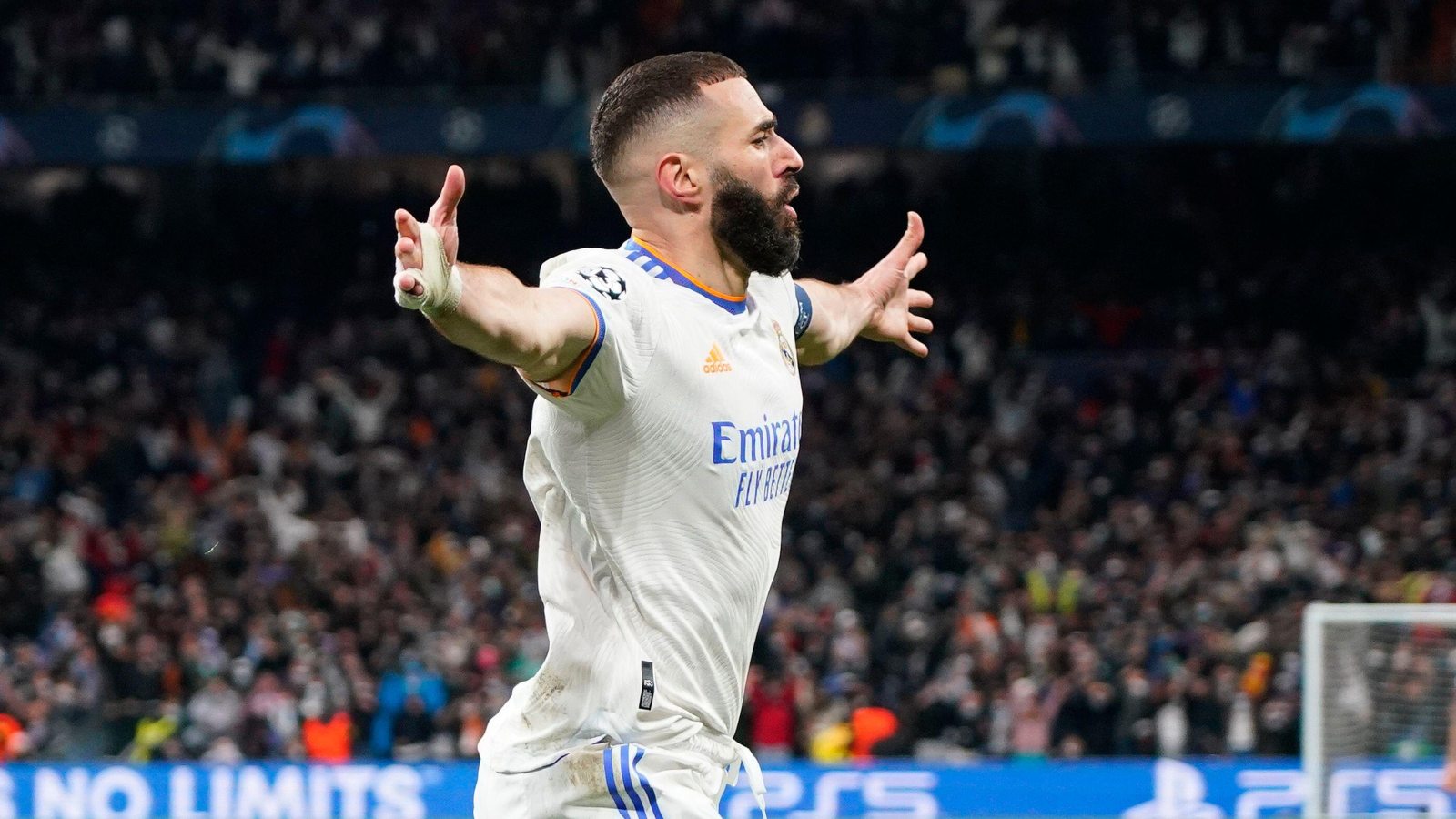 Ruthless France hitman Benzema produced a carbon-copy of the two headed goals he scored in last week’s quarter-final first-leg at Stamford Bridge, where his hat-trick had Real expecting to stroll into the last four.

Champions League holders Chelsea turned up in Madrid with other ideas however, big ideas in fact, of a memorable and odds-defying comeback in this pulsating second-leg.

The Blues shook off their 3-1 deficit from the first leg and took Carlo Ancelotti’s Madrid apart.

Mason Mount, Toni Rudiger and Timo Werner put the Blues 3-0 up and on the very cusp of completing that miracle of Madrid, and that with a Marcos Alonso effort chalked off for handball.

Luka Modric rescued Real though, delivering a sublime raking pass that allowed Rodrygo to race on and volley into the net past a stunned Edouard Mendy.

Chelsea’s fourth stint of extra-time this season duly ensued and after all their efforts and three smart goals, one flick of the head from Benzema brought the Madrid house down.

Benzema now has 38 goals in as many games for Real Madrid in all competitions this season. Such marksmanship invariably yields trophies and Madrid will feel themselves well capable of claiming Champions League title number 14 this year.

Chelsea warmed to their task without delay, with Reece James’ yellow card for a tug on Vinicius the only early concern.

The Blues boasted far more poise and control than in the home leg and duly took the lead when Mount capitalised on a ball falling nicely for him in the area.

Chelsea built steadily in the move for the goal and Mount steered home in style to hand the visitors the perfect start.

An outstanding effort to be proud of tonight in Madrid, but we exit the #UCL. pic.twitter.com/UNA7NAZTkE

Vinicius again threatened on the left but could never cut loose as at Stamford Bridge in a first-half full of frustration for the hosts.

By the time Benzema was booked for an aerial challenge on Thiago Silva, the home supporters’ jeers appeared to have rattled the Madrid men.

Ancelotti’s side seemed jittery and certainly lacking any rhythm or fluency.

Chelsea negotiated pretty much the ideal half from their perspective, taking that 1-0 lead on the night into the interval.

Thomas Tuchel’s side sustained the pressure straight from the restart, with Madrid continuing with their curious ploy of sitting off and allowing Chelsea to dominate the ball.

The hosts’ passivity continued unabated, even after the chance to recalibrate at half-time.

When Rudiger powered home a headed finish from Mount’s corner, the Blues were ahead 2-0 on the night and level in the tie.

Alonso thought he had sent them into dreamland and a 3-0 lead, only for his crisp strike to be chalked off after a VAR review. The Spanish defender was judged to have handled the ball after a ricochet in the area, handing Madrid a major reprieve.

The home side almost took immediate advantage but Benzema struck the bar when he should have scored.

Chelsea kept their cool and set about yet more well-structured attacks and Mateo Kovacic’s fine threaded ball sent Werner through on goal.

The Germany star twisted, then turned, then delivered a side-footed shot that found its way to goal via a deflection.

Madrid looked on the brink but then Modric conjured the pass of the night. The Croatia playmaker raked out a stunning ball to Rodrygo, who strode forwards and lashed home on the volley.

From listing and listless to fizzing and fluent, Madrid were transformed in that instant.

Chelsea were hardly finished, however, and replacement Christian Pulisic fired over from a fine position on the inside-left in the Madrid box.

The United States forward then scooped over from an even better position in the six-yard box, latching onto Kai Havertz’s knock-down.

Madrid found more spark in extra-time and Benzema finally turned up with that trademark header.

Chelsea lost possession cheaply out wide and Vinicius broke free to tee up the Frenchman to deliver another pulsating headed goal.

Losing 3-2 on the night, Madrid were still primed to progress on aggregate and this time Chelsea could find no further riposte.

Hakim Ziyech saw a stinging drive well parried by Thibaut Courtois, before Havertz headed wide when unmarked in the box and Jorginho scuffed a shot wide too.