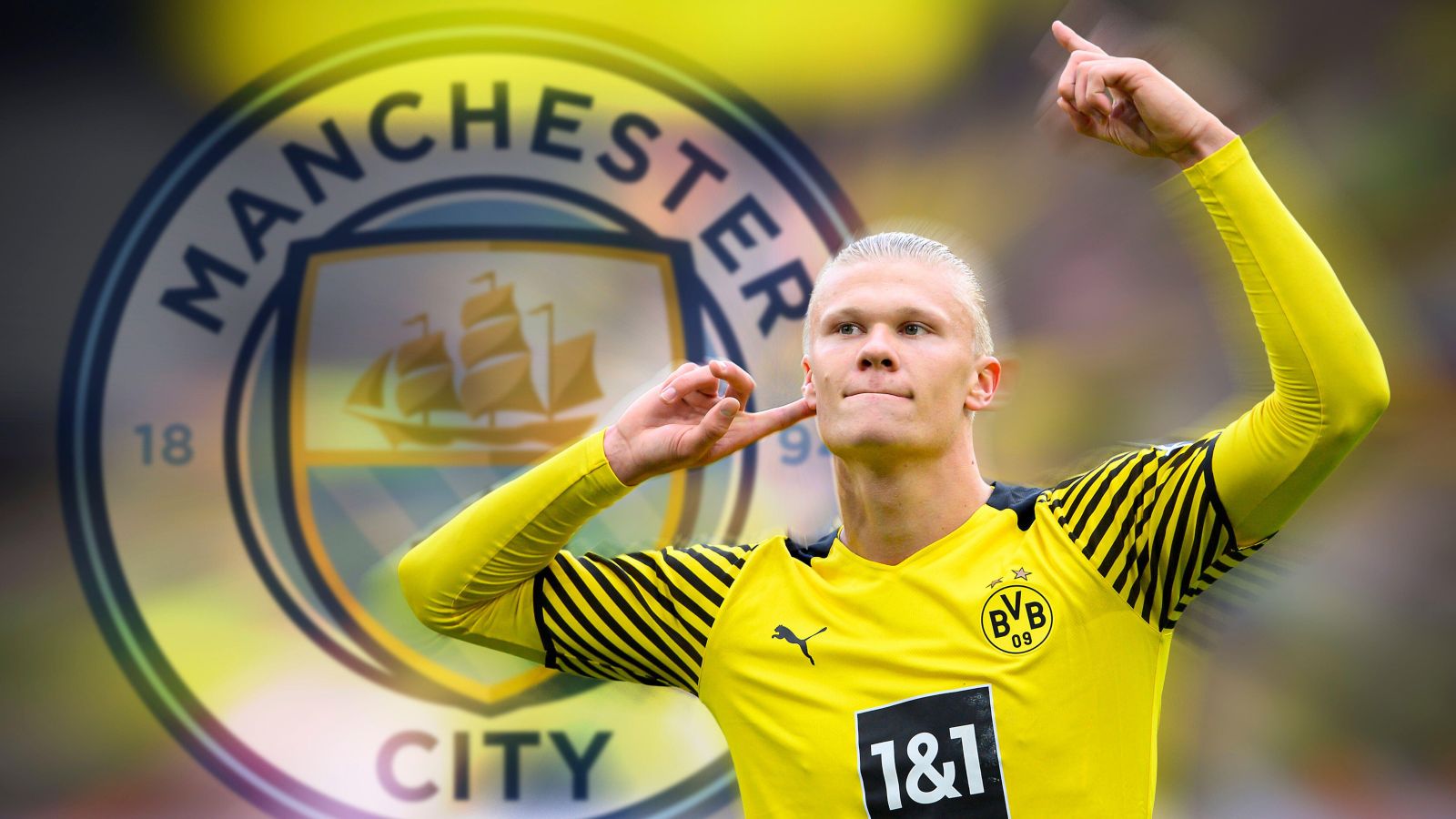 Erling Haaland has a clause in his new contract at Man City to sign for Real Madrid in the future, according to reports in Spain.

The Premier League club confirmed yesterday that they had struck an agreement with Borussia Dortmund over the transfer of Haaland this summer.

It has been reported that the Norway international will cost Man City around £51m with the English outfit set to pay him wages around £400,000 a week.

Man Utd, Real Madrid, Paris Saint-Germain and others were linked with moves to Haaland over the last year or so but the Citizens seemingly won the race comfortably in the end.

However, Spanish publication Nacional insist that Haaland’s ‘contract with City has a clause to go to Real Madrid’ and add that his long-term future ‘could be’ at the Bernabeu.

Haaland chose to join Man City this summer but the newspaper add that the 21-year-old ‘still has the desire to one day wear the white shirt’.

It is claimed that Haaland ‘still has one wish’ for his future and that is to ‘one day to play for Real Madrid’ but although Nacional say there is ‘some kind of clause’ to guarantee a move to Madrid, they don’t go into specifics.

Another report in the same publication reckons Pep Guardiola ‘has another galactic signing ready for City after closing Haaland’ with the Premier League club ‘also in advanced negotiations’ for another player.

That player is Leicester City midfielder James Maddison with Guardiola telling City that signing the England international is a ‘totally necessary’ purchase.

Nacional add that ‘a year of oblivion’ means the Foxes could lose some of the best players in the summer transfer window with Man City hoping to ‘take advantage of the delicate situation’.

However, the Citizens will have to stump up the cash again with Leicester unlikely to sell Maddison for anything less than €80m (£68m).

It is understood that Maddison ‘wants to pack his bags’ after Leicester’s failure to qualify for any European football and the Foxes know they ‘will not be able to do anything to avoid’ his departure.