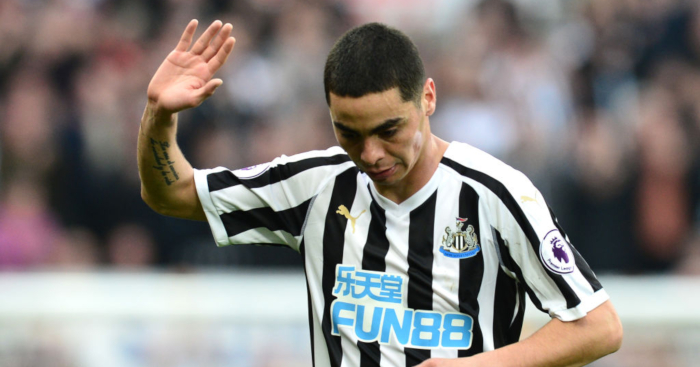 Newcastle United’s Miguel Almiron has been linked with a shock move to Real Madrid by outlets in South America.

Attacking midfielder Almiron has looked impressive since signing for Newcastle from MLS side Atlanta United in January, despite not registering a goal in his 10 appearances.

The 25-year-old has continued his good form into the Copa America, where he has provided an assist in each of the two games he has played for Paraguay so far.

And according to Paraguayan outlet Tigo Sports, via Sport Witness, Spanish giants Real Madrid are keeping an eye on Almiron at the tournament.

Madrid are currently revamping their squad after enduring a difficult season, and recently completed the headline purchase of Eden Hazard from Chelsea after months of speculation.

As per the report, they could be looking towards the Premier League again, although a move for Almiron would certainly come as more of a surprise than Hazard’s switch.

Real have been tracking Spurs’ Christian Eriksen, but his £100m valuation appears to have put them off and it is believed any deal for Almiron would cost around half as much.

There appears to be no talk of the rumour in Spain, and it seems unlikely that Newcastle would sell on the player just months after signing him for a club-record fee.