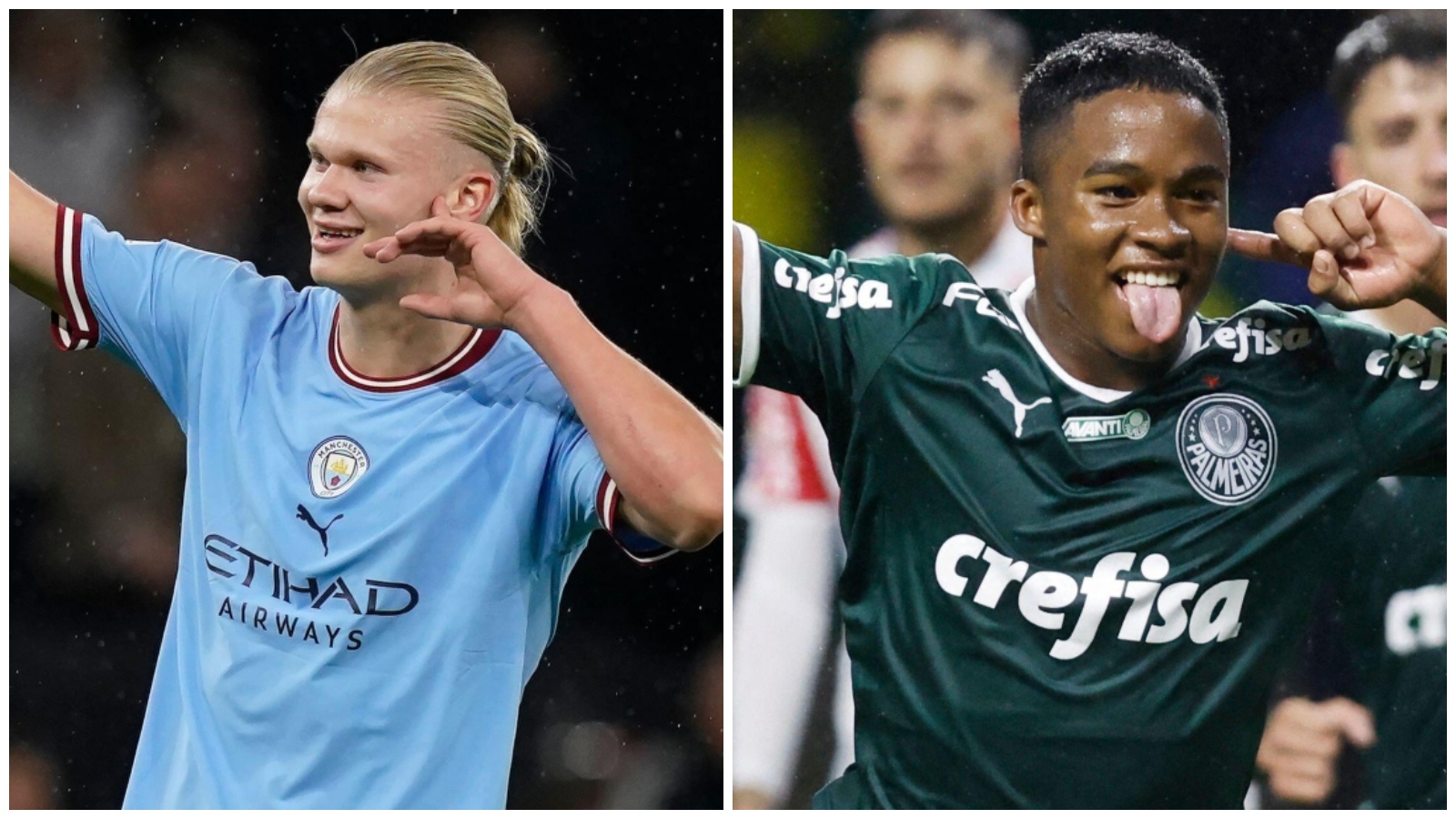 Haaland joined the Citizens last summer for a bargain price of £51million.

He has hit the ground running in England, scoring 23 goals in 18 matches across all competitions this season.

Even though he has only just joined City, the Norwegian striker is still linked with a move to Real Madrid.

Shortly after Haaland became a City player, it had been claimed that there is a release clause in his contract.

Although this is nearly two years away, clubs will be scheming and plotting for when the sensational striker becomes available on the market.

This would be a huge profit for City, who will probably have won the Champions League by that time.

The player could also reject a move elsewhere if he is content with life in England, though Haaland does give off the impression that he will play for a number of clubs in his career. Gotta get those signing-on and agent fees.

It has been reported that Real Madrid will sign Haaland in 2024, with Karim Benzema’s long reign as the club’s No. 9 probably over by that point.

However, Los Blancos will officially complete the signing of Brazilian teenager Endrick that year, with Fabrizio Romano reporting that the 16-year-old will be joining the European champions for around €72m.

He turns 18 in July 2024, which is when he will be able to leave Palmeiras for the Spanish giants.

Endrick is a promising centre-forward, who Madrid are clearly expecting to become one of the best players in the world.

Will he become a Neymar or a Freddy Adu? That remains to be seen.

Endrick’s move to the Santiago Bernabeu is relevant because it may have a negative effect on Real’s pursuit of Haaland.

This is according to multiple reports in Spain, but we will focus on what AS has to say.

Convincing Haaland to join in 2024 will apparently be ‘difficult’ with Endrick at the club, while Madrid will be reluctant to invest so much money in someone who plays in the same position.

A big part of negotiations for Endrick’s representatives was to find out what Los Blancos’ long-term plan is.

Without actually namedropping Haaland, but clearly indicating that this is who they were referring to, they wanted to find out if Madrid intend to sign another striker.

Endrick’s representatives were unsurprisingly eager to be assured that their client would be the first-choice No. 9, which was probably promised to him given the fact the 16-year-old snubbed Barcelona, Chelsea and Paris Saint-Germain for Madrid.

Their potential pursuit of Haaland seems like it will open a huge can of worms, with the Norwegian unlikely to accept a move due to Endrick, and Endrick being unhappy at the club for wanting the Norwegian at the same time.

The report adds that Madrid spoke to Haaland before he joined City, with the player opting to move to the Etihad as he did not want to compete with Benzema and expected Real to sign Kylian Mbappe.

Madrid will ‘re-analyse’ the situation in 2024, however, ‘the Endrick case changes everything’.