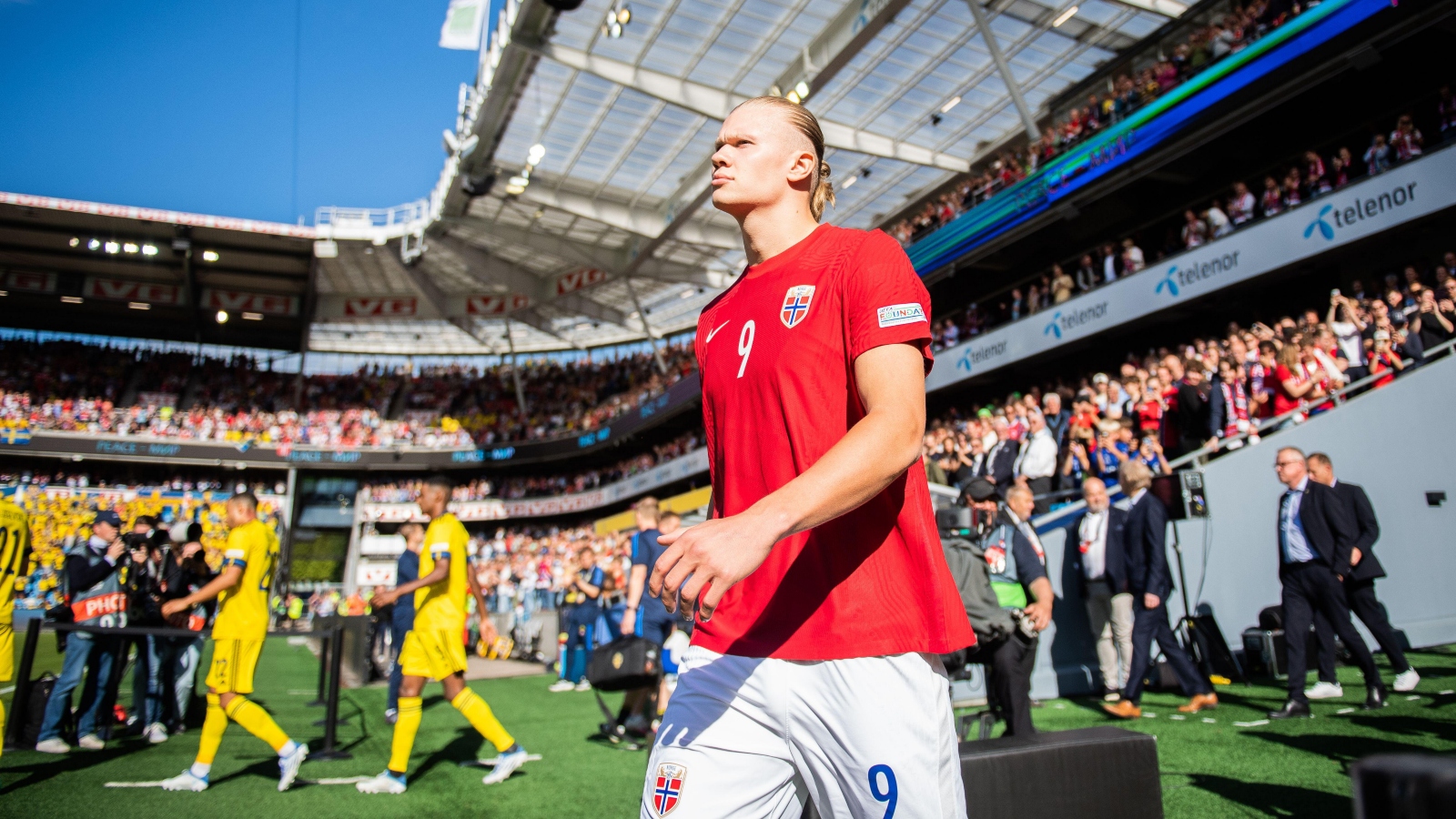 The Norwegian striker has only just completed his £51m switch to the Etihad from Borussia Dortmund.

He joins the Premier League champions after a terrific spell in Germany. The 21-year-old scored 84 goals in 88 appearances for the Bundesliga club.

With a £51m clause becoming active in his Dortmund contract this summer, there was lots of interest, with Real Madrid, Barcelona, Bayern Munich and Paris Saint-Germain all heavily linked.

And according to Spanish outlet AS, Madrid are still eyeing up a move for Haaland and have a ‘plan’ in place to activate the striker’s €150m release clause in 2024.

The report claims that Real asked the player to wait around for at least another season as Florentino Perez does not see the signing of a No. 9 as a priority as things stand, with Karim Benzema on fire since Cristiano Ronaldo departed in 2018.

Haaland’s €150m clause becomes active in two years and it is stated that his decision to join City has not had a negative impact on his relationship with Madrid.

Los Blancos president Perez – who has always been a huge defender of Benzema – claimed this week that if Haaland joined this summer, he would have ‘sat on the bench’.

After failing to land PSG forward Kylian Mbappe, Perez has said that he didn’t pursue a deal for Haaland because he would have played second fiddle to Benzema.

“[The] Mbappe deal didn’t create any problems with Haaland deal. We have Benzema, so it was impossible to have [Haaland] with Karim,” Perez told El Chiringuito.

“We can’t sign Haaland to stay on the bench. Haaland is an amazing, fantastic player.”

He added: “I don’t know if Erling Haaland has a release clause into his contract with Man City.

“I’ve seen some stories about it but I don’t have anything confirmed. He’s a great player but we have Benzema. It wasn’t linked to Mbappe.”