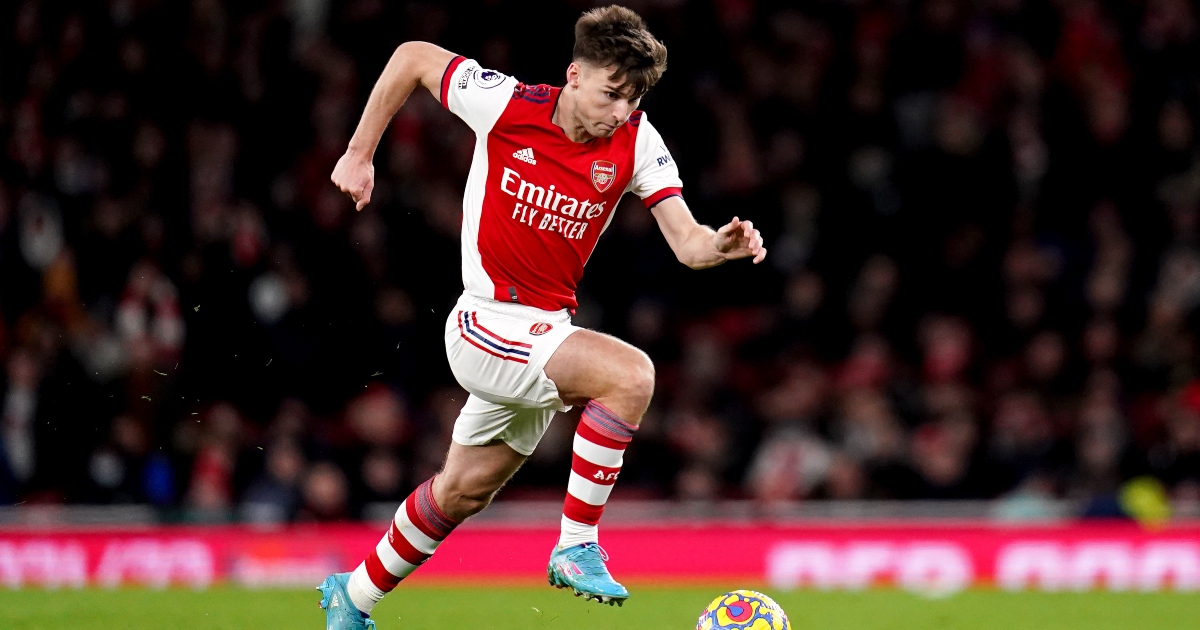 Real Madrid have undertaken a month-long scouting mission of Arsenal defender Kieran Tierney, according to a report.

As reported by 90min, the Spanish giants were initially interested in England winger Bukayo Saka, but having watched Mikel Arteta’s side on a number of occasions, Scottish international Tierney has become a key target.

90min also claim that Real’s chief scout Juni Calafat as been to watch the 24-year-old himself and has left feeling impressed, which could lead to a summer move.

Real are thought to be interested in bringing a left-back to the Santiago Bernabeu this summer as club legend Marcelo comes to the end of his contract.

The Brazilian’s departure would leave Ferland Mendy as the only recognised left-back at the club, with Nacho Fernandez also capable of filling in, as he did in the 3-1 comeback win over Paris Saint-Germain in the Champions League on Wednesday.

Tierney has been in fine form for the Gunners this season, becoming an integral part of Arteta’s rebuild in north-London.

The left-back joined Arsenal from Celtic in 2019 and whilst he first couple of season at the Emirates were marred by a umber of injuries, he appears to be over them as he looks to help Arsenal into the top four.

Elsewhere, Manchester City midfielder Ilkay Gundogan has admitted his side cannot afford to make any mistakes in the title race.

“There is no potential to do mistakes for both sides and then you have the showdown at the Etihad in a few weeks,” Gundogan said (quotes via the Daily Mail).

“Both teams are able to win all of their remaining games as we both have shown a couple of years ago. It’s going to be a tight race until the end.

“We are still full of motivation for every single competition and that’s how we approach all of our games – to go out there to win the next game.

“The most important thing is not to let go, to keep training well, recover good and then go again on Monday evening because we are going towards the end of the season and every game is becoming more important. Now the big games are coming and we’re looking forward to them.”