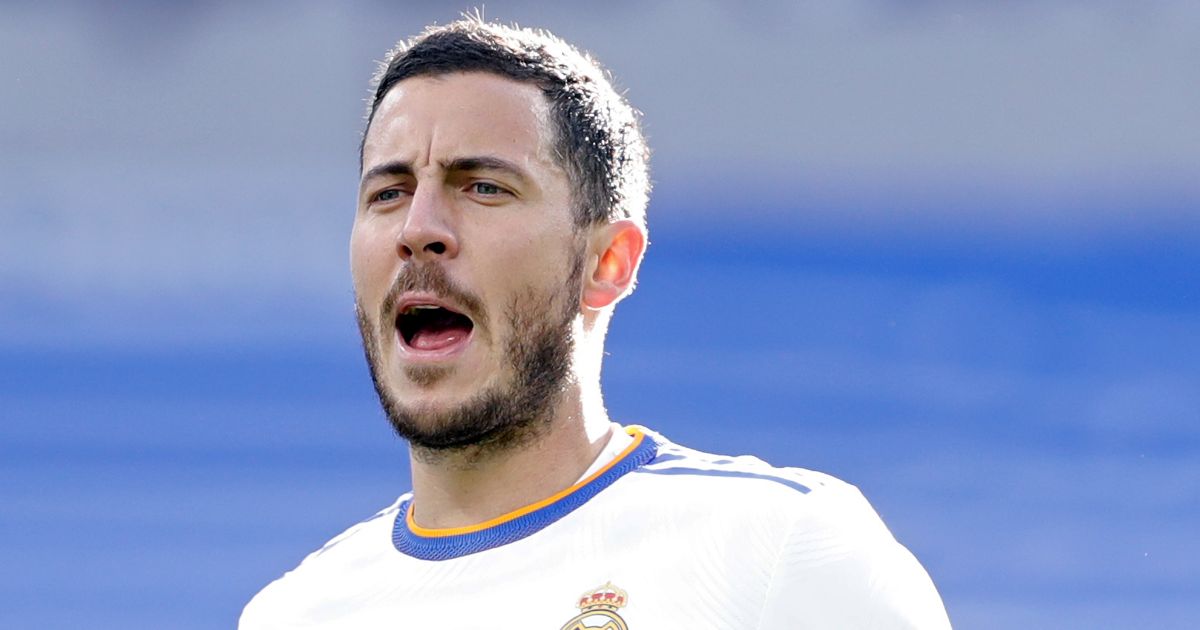 Real Madrid pair Eden Hazard and Casemiro have both rejected January moves to Newcastle United, according to reports in Spain.

The Magpies have brought in Chris Wood from Burnley and Kieran Trippier from Atletico Madrid so far in the winter transfer window.

Newcastle have been linked with an incredible amount of players as they search for the right ones to help revamp their struggling squad.

Eddie Howe’s side did record their second win of the season at the weekend when they beat Leeds United but they still remain in the relegation zone and in a battle for Premier League survival.

Their position in the league table seems to be impacting their ability to bring in the quality of signings they desire with several players reportedly rejecting their advances.

And Spanish publication Nacional claims that they can add two more players to that list after €100m (£83m) Real Madrid duo Hazard and Casemiro turned them down.

Real Madrid president Florentino Perez no longer sees Casemiro as ‘essential’ and would consider any ‘good offer’ for the player, who turns 30 in February.

Nacional insists that Newcastle wanted the Brazilian as their ‘next galactic target’ with the Magpies willing to pay €50m (£41.5m) after offering the midfielder ‘an incredible salary’.

However, Casemiro sees his ‘destiny’ at Paris Saint-Germain and has ‘ruled out the idea of ​​ending up at St James’ Park’ any time soon.

Nacional said ten days ago that Real Madrid had accepted a €50m offer from Newcastle for Hazard but, despite the Geordies promising to make him the ‘star of the team’, the Belgium international ‘does not intend to sign’ to sign for the Premier League side.

Perez is understood to be ‘fed up’ with Hazard’s refusal to leave the Bernabeu with the forward wanting to return to Chelsea, who don’t currently want him.

Meanwhile, the Newcastle Chronicle claims that Howe’s have been ‘offered’ Fenerbahce centre-back Attila Szalai as they struggle to get a deal for Sevilla’s Diego Carlos over the line.

Szalai has ’emerged as a possible option with just five days left of the window’ as ‘the 24-year-old’s agency ROGON have solid links with Newcastle’s head of recruitment, Steve Nickson’.