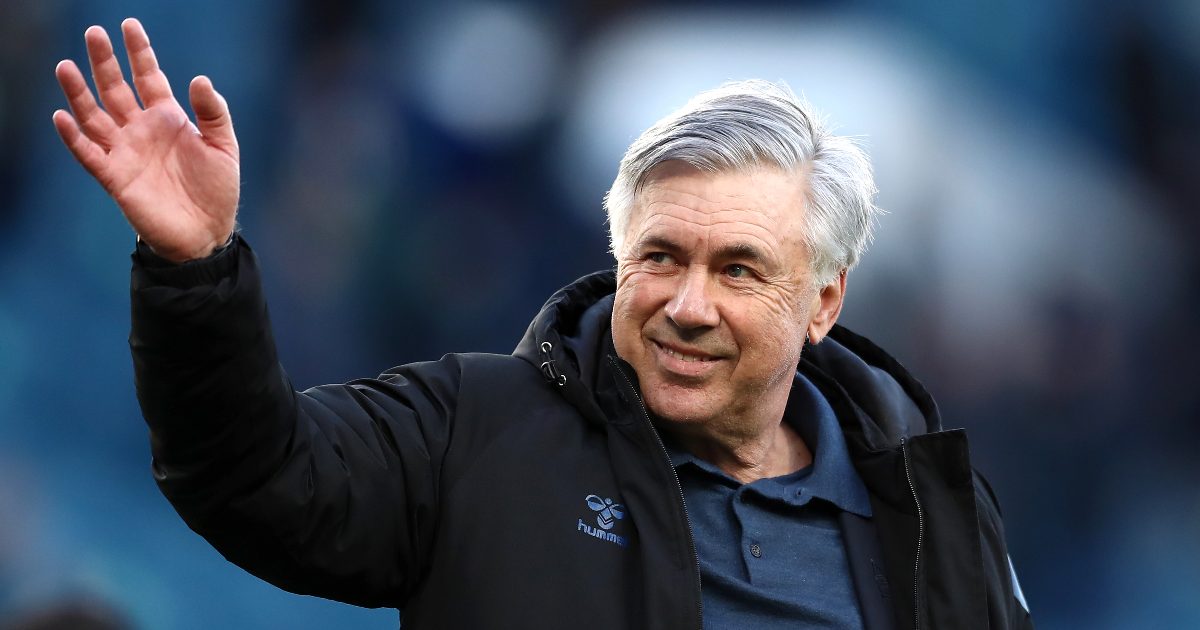 Real Madrid are “in talks” with Everton boss Carlo Ancelotti to replace Zinedine Zidane this summer, according to reports.

Ancelotti previously spent two years at Real Madrid between 2013 and 2015.

In that time, he won the Champions League, Copa del Rey and the FIFA Club World Cup.

The Italian was sacked by Madrid at the end of the 2014/15 season. He went onto have spells at Bayern Munich and Napoli before he took over at Everton at the end of 2019.

The Toffees finished 12th at the end of the 2019/20 season and he guided them to a tenth place finish this term. They looked on course for a place in Europe before they fell away towards the end of the campaign.

Real Madrid are on the lookout for a new permanent manager to replace Zidane. They were heavily linked with Massimiliano Allegri, but he has taken over at Juventus.

Respected football insider Fabrizio Romano reported on Tuesday that “Real Madrid are in talks with Carlo Ancelotti in order to appoint him as new manager, confirmed.”

Romano added: No agreement signed yet as he’s under contract with #EFC – but Real are pushing for Ancelotti back.”

Real Madrid are in talks with Carlo Ancelotti in order to appoint him as new manager, confirmed. 🇮🇹

No agreement signed yet as he’s under contract with #EFC – but Real are pushing for Ancelotti back, as per @ellarguero @jfelixdiaz. ⚪️

No direct contacts with Antonio Conte. ❌

“I’ve not heard the Ancelotti story from Madrid but I’m sure the people of Madrid are going to want a steady hand.

“For me, I can’t see Ancelotti doing it solely because he’s been there and done it, and is it going to be long-term or short-term?

“He’s got a project to do at Goodison, he likes Liverpool and he likes the project, and obviously with the new stadium they’re building up, there’s a plan and they want him to be the manager.

“Yes, it’s gone a little bit sour come the end of the season but he knows what’s needed and he’s doing it strategically. He’s not throwing loads of money at it, he’s doing it little by little and if you can do that then you can bring the squad forward.”