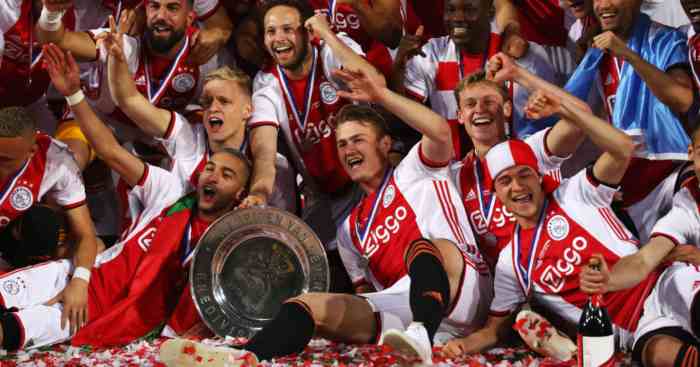 Real Madrid have joined the race to sign Ajax defender Matthijs de Ligt this summer, according to reports.

Barcelona were the favourites to sign De Ligt following multiple reports that they are close to a deal but Catalan radio station RAC1 claimed on Sunday that Manchester United are now in pole position.

Barca’s deal is apparently being held up by Mino Raiola as the agent has asked for 20 per cent commission for the deal to go through. That has given United the opportunity to swoop in on the potential €70million (£61.7m) transfer with an offer ‘too good to turn down’.

Since then, the Manchester Evening News have reported that United suspect that they are being used to ‘frame’ a Barcelona victory in the transfer market.

With the MEN seeming certain that the Old Trafford club do not consider De Ligt a possibility this summer.

And the latest reports from Thursday in Mundo Deportivo (via Sport Witness) claim that Real Madrid are the latest ‘threat’ to Barcelona’s chances of signing the Dutchman.

The report adds that Real have ‘set their sights’ on the 19-year-old captain with Sergio Ramos possibly on his way to China.