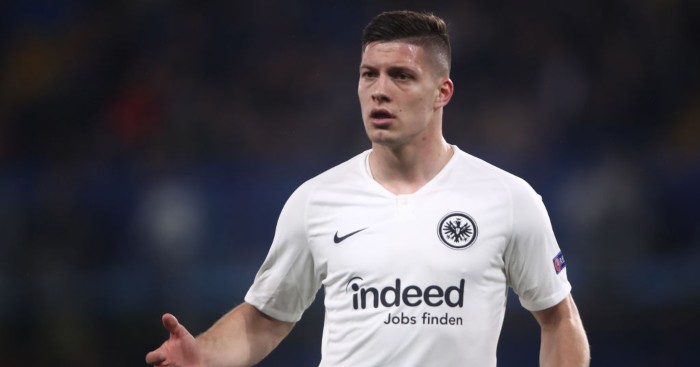 Striker Luka Jovic will join Real Madrid from Bundesliga side Eintracht Frankfurt this summer, the Spanish side have confirmed.

The fee is undisclosed but is believed to be in the region €70million, and the Serbia international has penned a six-year deal with the LaLiga giants.

Jovic was linked with moves to both Liverpool and Chelsea this summer, but has chosen to join Los Blancos who were widely tipped to sign a long-term successor to Karim Benzema.

The forward joined Eintracht on loan from Benfica in 2017 flourished this season, scoring 17 goals in 32 Bundesliga appearances – as well as 10 in 14 Europa League games – which persuaded Eintracht to make the move permanent.

However, they have chosen to flip him for a quick profit, a decision that Eintracht Frankfurt sporting director Fredi Bobic explained.

“From a sporting point of view selling Luka Jovic is a big blow,” said Bobic.

“His explosiveness and capacity to score goals propelled us into Europe and we have benefited from more than just his goals in the past two years.

“But it was clear that there was a limit to what kind of bid we could refuse. For Eintracht Frankfurt this is a good and important transfer. We wish Luka all the best in the future. He has all the attributes to have a great career. And we are proud that we have supported him on his way.”