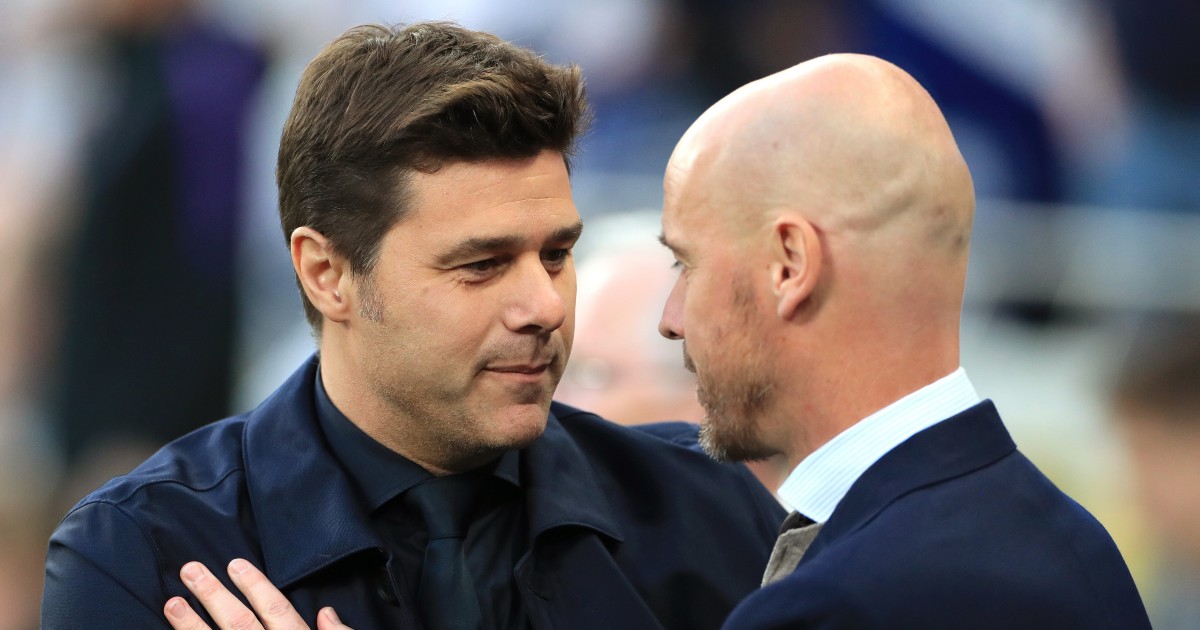 Hang Ten Hag
The Manchester Evening News are all aboard the Erik Ten Hag train on Monday morning as they face up to two weeks without a Manchester United fixture. Pray for them at this difficult time.

He does not mention Manchester United (of course he doesn’t) and all he says – after winning a game 3-2 and moving closer towards the Eredivisie title, which is very much not Manchester United-like – is that “if they do their jobs and take positions, that doesn’t happen”, so the ‘Manchester United-like problems’ he ‘admits’ to are just that the Ajax players sometimes make mistakes. It’s uncanny, right?

And there’s more from the MEN:

And what is the LIVE Ten Hag ‘latest’?

Strap yourselves in because ‘Edwin van der Sar has already hinted that plans could be in place for Ajax to immediately appoint a new manager should Erik ten Hag become the Manchester United boss’.

Now we know by now what ‘already’ means; it means it’s not LIVE or ‘latest’ at all, but really very old news.

And just as we suspected…these are quotes from ‘last year’. So the LIVE Ten Hag ‘latest’ is that Edwin van der Sar spoke in December 2021 about the need for Ajax continuity.

Still not done though…

You will be astonished to learn that Erik ten Hag must ‘make United difficult to beat’. We just wish we had that level of insight. Should he also ‘make them score more goals’ or is that a problem that only Mauricio Pochettino could solve?

Love me tender
Over at the Express, they want to board that same choo-choo train…

And what are these ‘new developments’? Well it turns out that the ‘new developments’ are that Carlo Ancelotti and Mauricio Pochettino both lost games at the weekend,  and ‘though the Glazers and the rest of the club’s hierarchy won’t make decisions based on two results’, there are glorious clicks to be reaped so let’s all pretend that a) Carlo Ancelotti (currently 40/1) is an option and b) the chances of him being appointed are in any way remotely changed by a defeat to Barcelona.

Erik ten Hag may well be appointed Manchester United manager (they need him to ‘make United difficult to beat’, after all) but there are literally no new developments, no LIVE and no ‘latest’ news on the subject.

…other than to say that the Mirror have knowingly served up a steaming pile of manure.

This is actually a round-up of Arsenal ‘news’ masquerading as a story about Mikel Arteta, Bukayo Saka and Pep Guardiola in which the words ‘mistake’ and ‘meeting’ are thrown in like incendiary devices.

‘Arsenal manager Mikel Arteta has hinted he may have made a mistake on the touchline by giving the ball to Bukayo Saka to take a throw-in during the Gunners’ 3-2 win over Waterford earlier this month.’

‘Waterford’ is utterly brilliant, by the way. But where does Pep Guardiola come into this?

‘The Gunners launched a quick attack after the throw-in thanks to Arteta’s assistance – although it has been suggested the manager’s interference should have led to the goal being ruled out as he left his technical area to retrieve the ball. And the Arsenal boss has now opened up about the incident and hinted he may have made a mistake.

‘It comes as Arteta has opened up on having dinner at Manchester City boss Pep Guardiola’s house.’

That’s a whole lot of ‘opening up’. And a whole lot of gymnastics to turn dinner between two friends into a ‘meeting’ and conflate that with Bukayo Saka via the word ‘amid’.

Somebody is keen to meet their click quotas for the month amid some absolute shite.

Warn of the worlds
According to the dictionary the definition of ‘warn’ is ‘inform someone in advance of a possible danger, problem, or other unpleasant situation’.

…really is ludicrous. They were ‘told’ by sodding Guti. who knows no more about any Real Madrid move for Erling Haaland than you or I. On this occasion it’s The Sun but it really could be anyone.

Oh and he ‘told’ them on March 18, so presumably we have now lurched into ‘never’ territory.