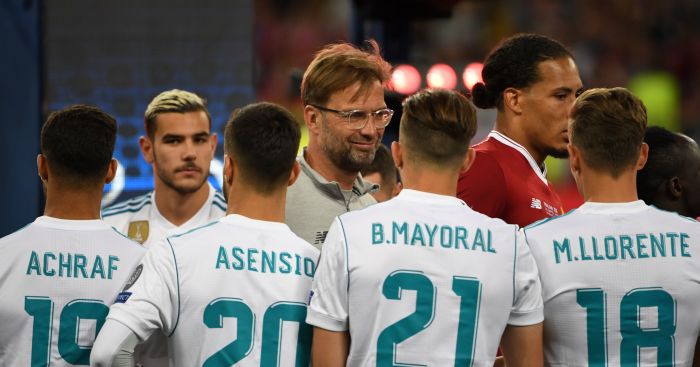 Real Madrid have reportedly made Liverpool boss Jurgen Klopp their ‘number one target’ to replace Santiago Solari after they crashed out of the Champions League.

Their 4-1 loss to Ajax in the Bernabeu on Tuesday night saw the defending champions dumped out in the round of 16 and leaves them out of all competitions at the beginning of March.

They are 12 points behind arch-rivals Barcelona in La Liga, while they were knocked out of the Copa del Rey by the Catalan giants only five days ago.

And now the Independent claims that Real are likely to keep Solari in charge until the summer before appointing a new boss that can bring ‘an exciting new era for the club’.

The Real hierarchy want a new manager that will create ‘excitement and happiness’ around the club without any ‘prior baggage or bad relationship’ with any players.

The report continues by saying that this is the reason Klopp is considered their top target with Real impressed by his work at Liverpool.

Jose Mourinho, meanwhile, remains one possible target as he has a good relationship with club president Florentino Perez and he has ‘not been completely ruled out’ despite some at the club thinking he is “finished” as a top club manager.