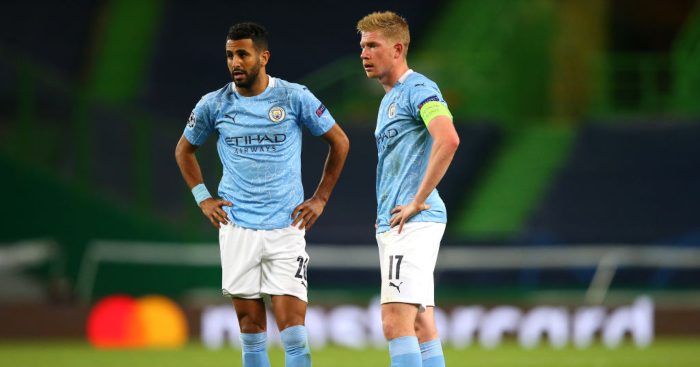 Real Madrid are eyeing up a possible deal for Man City winger Riyad Mahrez if they can offload Gareth Bale, according to reports in France.

The Algeria international provided 11 goals and nine assists in 33 Premier League appearances last season with 21 of those starts.

The 29-year-old has won the Premier League, the FA Cup, League Cup (two) and Community Shield during his time at the Etihad Stadium following his move from Leicester City in 2018.

And Foot Mercato (via Sport Witness) claims that ‘Real Madrid look at Riyad Mahrez’ with contacts made between the Spanish giants and the Man City winger.

A report in the Daily Telegraph yesterday said that Real ‘will pay 50 per cent of Gareth Bale’s salary to grant his wish to move away from the Bernabeu’.

The Welsh international is due to return to Real following international duty, but he is set for a season on the sidelines if he fails to secure a move away, with Zinedine Zidane deeming him surplus to requirements.

And Foot Mercato continues by saying that if Real can get some of Bale’s salary off their wage bill then they could move for Mahrez.