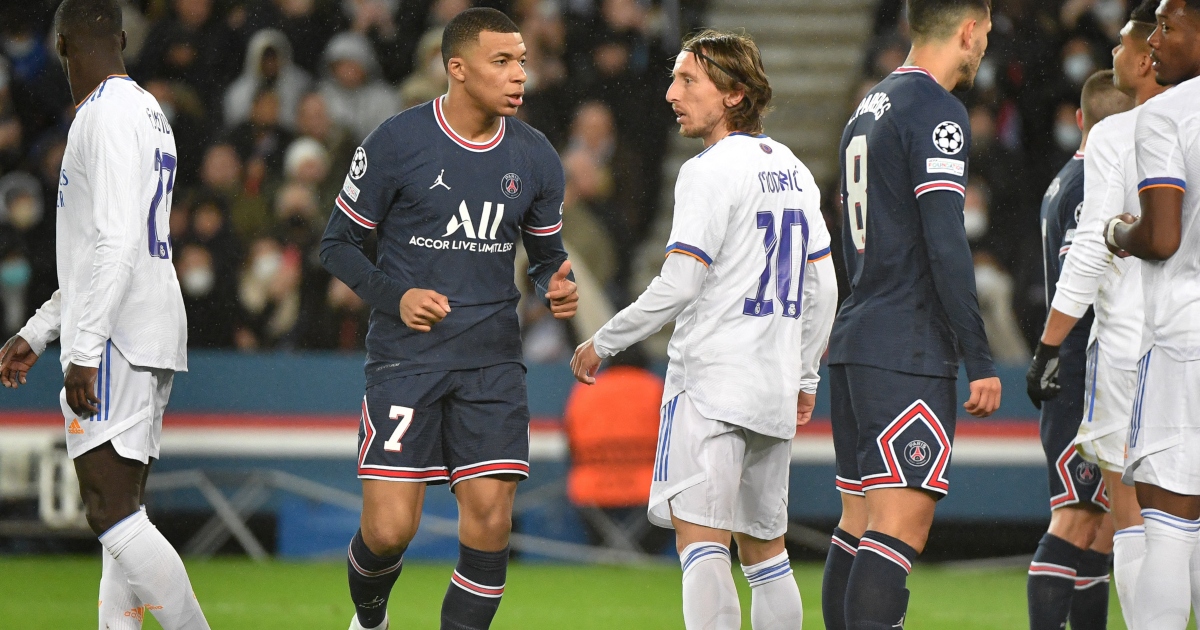 Real Madrid midfielder Luka Modric admits that he would like to play with Paris Saint-Germain forward Kylian Mbappe.

Mbappe has been heavily linked with a move to the Spanish capital. Real Madrid reportedly bid €220m to sign him last summer, with PSG failing to respond to the offer.

Will Liverpool’s loss-loathing be enough this season?

His current club are making every effort to tie the France international down to a new long-term contract.

The Parisiens have reportedly offered Mbappe a contract worth close to £1m-a-week including a €100m signing-on bonus.

Madrid and PSG face off in their Champions League last 16 second leg on Wednesday night. Mbappe scored the only goal of the game in the first leg in Paris.

Ahead of the match, Los Blancos playmaker was asked about the prospect of playing with the 23-year-old next season.

“We all want to play with great players and obviously Kylian is one of those,” said Modric in a pre-match press conference (quotes via France24).

“Of course I would like to play with him in my team but let’s see what happens. He plays for Paris. For us it’s very difficult to talk about players who aren’t here — other teams get angry, can interpret it badly — but of course I don’t think there is a player that exists that doesn’t want to play with him on their team.”

Madrid boss Ancelotti believes Mbappe will receive a warm reception from the club’s fans at the Santiago Bernabeu.

His involvement in Wednesday’s match is in doubt, however, after reportedly suffering an injury in PSG training.

“The history of the Bernabeu says that good players have always received applause,” Ancelotti said.

“We’re going to prepare for the match like Mbappe is going to play.”

Madrid midfielder Casemiro is suspended for the match, with Toni Kroos struggling to recover from a hamstring injury.

“Casemiro’s absence is a shame because we know what he means to us,” Modric said.

“We have to give more to cover that aspect of the game that Casemiro gives us, especially in the defensive part, but I am sure that whoever plays will do well.”