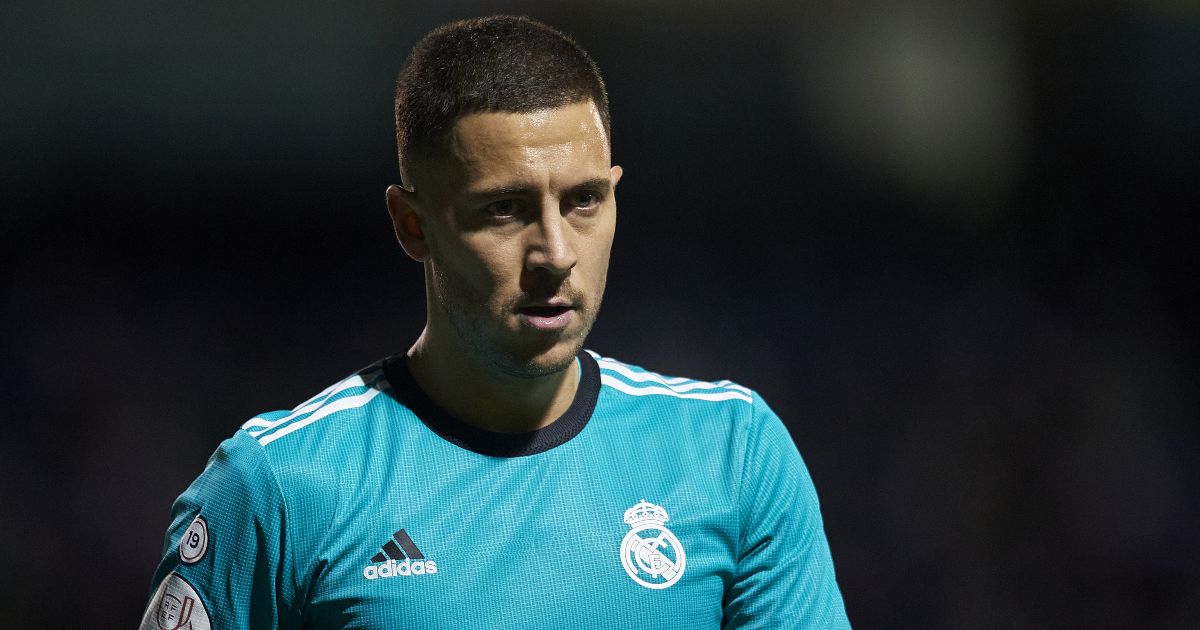 Real Madrid have accepted a bid from Newcastle United for Eden Hazard but the winger does not want to move, according to reports in Spain.

The Belgium international left Chelsea in 2019 – after a number of successful years at Stamford Bridge – to join Los Blancos for a fee in the region of £88million.

Hazard has struggled to make an impact at the Santiago Bernabeu, with injuries hampering his time in Spain.

The best XI of players linked with Newcastle in January…

The 31-year-old has only started six La Liga matches this term and has been in and out the team since Carlo Ancelotti moved to Real from Premier League side Everton in the summer.

And now Spanish publication Nacional claims that Newcastle have made a €40m (£33m) offer plus another €10m (£8.3m) in ‘variables’ to attempt to bring Hazard back to the Premier League from Real.

The €50m (£41.3m) offer from Newcastle ‘met the expectations’ of Real Madrid president Florentino Perez, who accepted their offer.

However, Hazard ‘said no’ to the proposal from the Magpies and wants to join a ‘big player’ in football with Newcastle ‘not an option’.

Belgium boss Roberto Martinez said in November that Hazard was “sad” at Madrid due to his lack of playing time.

Martinez told COPE’s show El Partidazo: “Hazard is medically in his best moment since he arrived at Real Madrid.

“He is sad in football terms, this is the first time that he is experiencing this situation.

“He is a player who has always led winning projects and now he doesn’t have that role, but he is a footballer of exceptional talent and that is never lost, you have to have faith in him.”

Another player to turn down Newcastle is Manchester United midfielder Donny van de Beek with the Daily Telegraph claiming that the Netherlands international ‘rejected a loan move’.

Despite not playing regularly for the Red Devils, Van de Beek is satisfied that he can fight his way into Ralf Rangnick’s side before the end of the season.

The report adds that ‘Newcastle have been told the former Ajax star is not willing to join them as things stand’ which is ‘partly down to the fact Manchester United do not want to reduce the number of senior players in the squad in the middle of the season, but also because the player is not going to push to make the temporary switch to St James’ Park.’