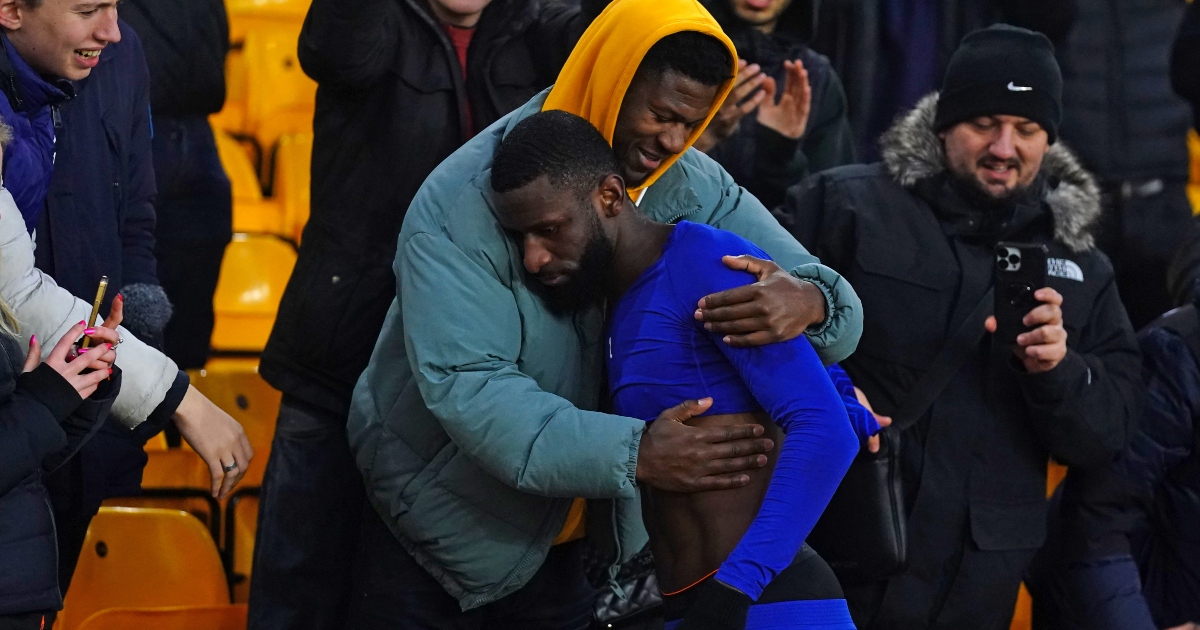 Real Madrid are ‘no longer interested’ in signing Chelsea defender Antonio Rudiger on a free transfer, according to reports.

The Germany international has been heavily linked with a move to the Santiago Bernabeu with his Chelsea contract expiring in the summer.

Manchester United, Bayern Munich, Paris Saint-Germain and Juventus have also been linked with the 28-year-old.

F365 says: Lukaku should not apologise for Sky Sports ‘noise’

Due to the German’s importance, the west London club’s hierarchy have been eager to tie him down to a new deal, with his wage demands proving to be a stumbling block in negotiations.

It has been reported that Rudiger wants £200k a week but that the latest offer from Chelsea currently stands at £140k a week.

A move to Real Madrid looked on the cards, but Spanish outlet Marca claim the La Liga club have ‘cooled’ their interest in the ex-Roma defender.

PSG, Bayern Munich and Juventus are still interested, while Chelsea want him to renew his contract 👀 pic.twitter.com/MD2szCBtr5

Los Blancos have been in discussions with the player’s representatives, but are ‘no longer in the hunt’, with the report suggesting Carlo Ancelotti is ‘delighted’ with Eder Militao and David Alaba in the heart of his defence.

The report adds that Rudiger ‘dreams’ of a move to Real and had previously discussed life at the club with ‘various members’ of the squad.

Meanwhile, respected journalist Fabrizio Romano has revealed that “there’s no way” Romelu Lukaku will leave Chelsea despite the player admitting that he is “not happy”.

Lukaku was not included in Chelsea’s squad for their game against Liverpool on Sunday. Ahead of that clash, he confessed that he was “not happy with his situation” at the club.

The Blues did not miss their striker too much, though. They put in a brilliant performance as they came from behind to draw 2-2 against Liverpool.

Romano revealed on Monday that Lukaku “hopes” to return for Chelsea’s Carabao Cup semi-final first leg against Spurs in midweek.

“Romelu Lukaku worked ‘very hard’ in training right after his conversation with Tuchel. He hopes to come back vs Spurs after positive talk with the manager.

“Chelsea board told him they’re backing Tuchel’s position – there’s no way for Romelu to leave in January. He’s staying.”