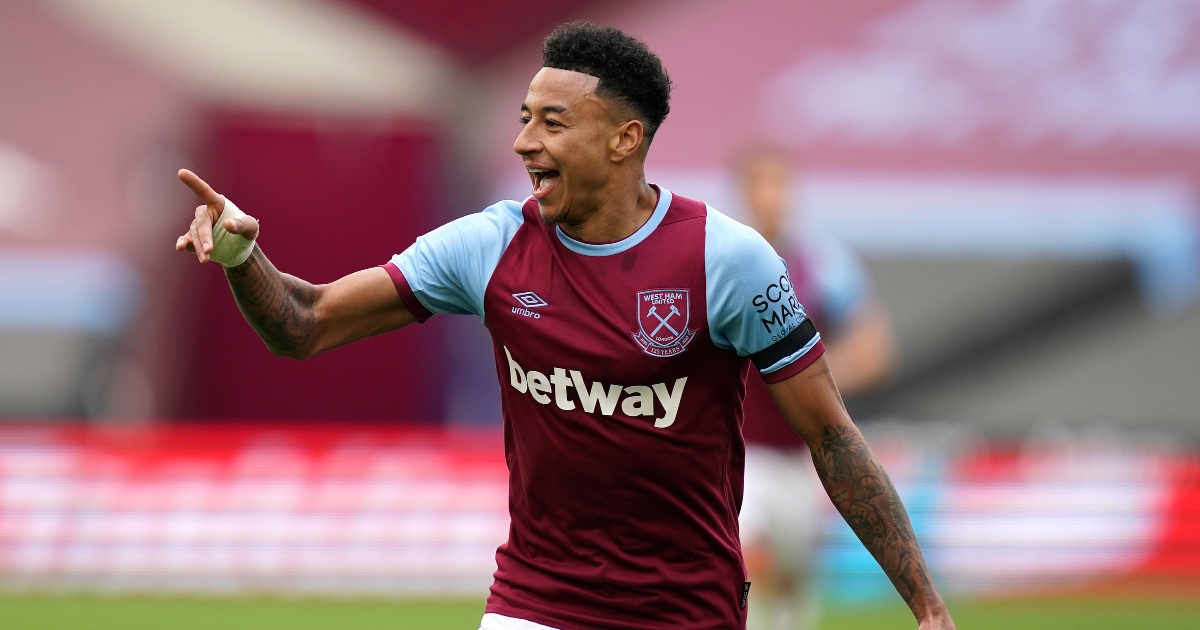 European giants Real Madrid and Paris Saint-Germain have joined the race to sign Jesse Lingard, according to reports.

The Englishman, on loan at West Ham from Manchester United, continued his stunning form at the weekend.

He bagged two good goals as the Hammers beat Leicester 3-2 at home to get back into the top four.

Lingard may only be on loan until the end of the campaign, but his goals could send West Ham into the Champions League.

He’s already scored eight in his first nine appearances and doesn’t look like slowing down any time soon.

According to ESPN, his form has led to interest from three major European clubs.

Real Madrid, Paris Saint-Germain and Inter Milan are all ‘monitoring his situation’ ahead of the summer transfer window.

The respective sides view Lingard as a potentially great addition to their squads.

Although his value will have gone up recently, Lingard still represents a cheaper option to their other targets.

The three teams have joined Leicester in the race to sign the attacking midfielder.

West Ham are also interested, given how they’ve benefited from his loan spell this term.

Manager David Moyes has previously stated that West Ham will discuss a permanent move ‘in the summer’.

But the increasing interest from so many clubs may push them into negotiations sooner.

One factor that must be considered is Manchester United’s willingness to keep Lingard.

He had yet to feature in the Premier League and had to rely on cup competitions for appearances.

However, the Red Devils may now want to keep Lingard. He’s shown his ability to be a regular goalscorer at the top level and could compete for a starting place on his return.

United have a host of attacking midfielders and Lingard would push the Dutchman further down the pecking order.

Lingard’s future looks set to be one of the major stories of the summer transfer window. It could also impact numerous other players in the United squad.