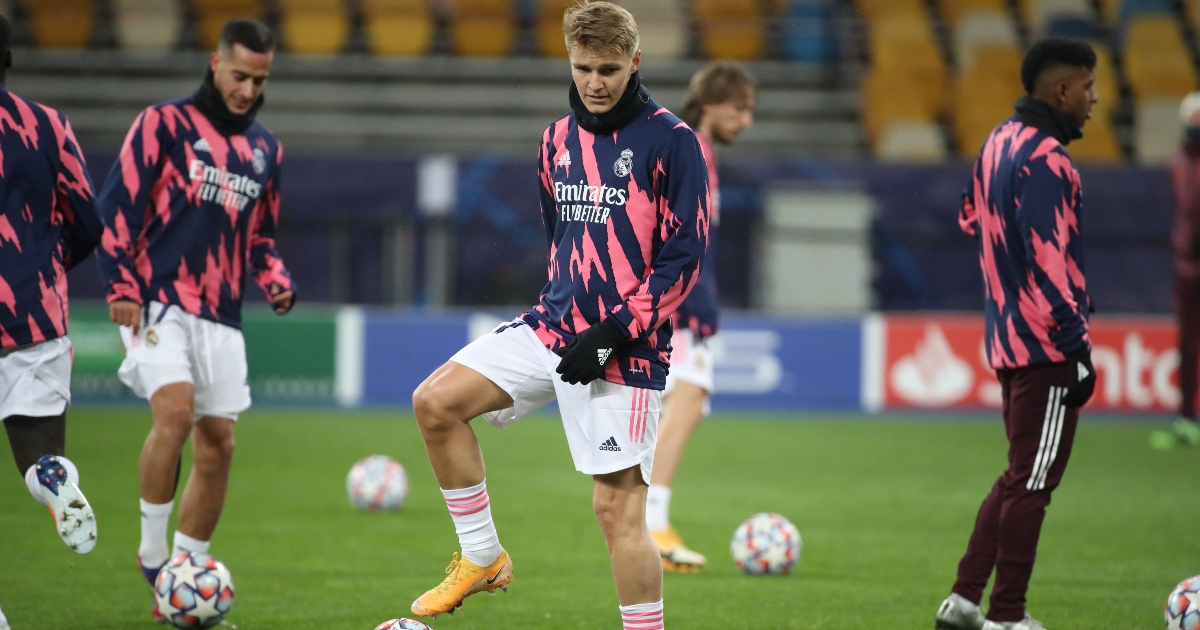 Real Madrid have lowered their asking price for Martin Odegaard but it is still too high for Arsenal, according to reports.

Odegaard, 22, impressed on loan at The Emirates last season and was expected to play a role for Carlo Ancelotti upon his return to Real.

The Italian, though, decided not to register him in the squad for their La Liga opener against Alaves and he has not been assigned a shirt number for the upcoming campaign.

As a result, rumours have amplified that he could be close to a return to Arsenal, who fell to a 2-0 defeat at the hands of newly promoted Brentford on Friday.

However, according to Spanish outlet ABC, the two clubs have been unable to agree on a fee for the Norwegian, even after Real reduced their asking price to €40m with €10m in add-ons.

Arsenal, the report claims, will pay an initial fee of no more than £25m for Odegaard, while Real also want to insert a buy-back clause into the deal.

Ancelotti said of the playmaker on Friday: “The situation with Odegaard is like with Jesus Vallejo, it’s down to where we are right now, we can’t register all of them.

“Tomorrow that could change. We have until September 2 to make the final decision. I’ve told Odegaard that there are eight players in his position, but it’s not final. I had to choose.”

Mikel Arteta, meanwhile, said of Odegaard in May: “We have a very clear and strong opinion on what we would like to do. He’s not our player.

“We’ll have discussions in the next few weeks, but first of all we need to respect that he’s a Real Madrid player. We’ll have those communications.

“We’ve tried to make everything that we could to get Martin performing for the team, which I think he’s done, and he has adapted really well to our way of playing and to our football club.”

Odegaard registered two goals and two assists in 20 appearances for Arsenal last season and was instrumental in a three-goal comeback against West Ham in March.