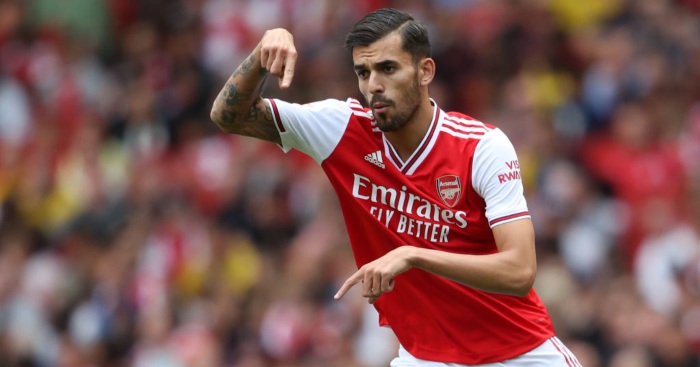 Real Madrid are holding out for £30million for Dani Ceballos after Arsenal reportedly offered £26million for the midfielder.

Arsenal are thought to be keen on signing the loan star to a permanent deal and Ceballos met with Real Madrid president Florentino Perez during the international break to discuss his future.

Perez told Ceballos he was surplus to requirements with Zinedine Zidane in charge at the Bernabeu, and the 23-year-old is now open to an exit from the club despite previously admitting that he wants to return to the Spanish giants at the end of the season, but El Desmarque claim Arsenal have made an offer.

Perez has reportedly rejected Arsenal’s initial £26million offer for the Spaniard, asking for a minimum of £30million, reports Metro.

Ceballos is enjoying his time in the the Premier League and has been a hit with the Gunners’ fans.

“Going to Arsenal has been a very important step in my career,” he said.

“I don’t feel sorry for not being in Madrid. Right now I am where I want to be and I am very happy. My idea was to go out, play and enjoy football.

“In the previous two years I had not done so. My goal is only to work to keep doing things right.

“I have eight months left at Arsenal, I can only thank them for the confidence that the coach and fans have placed in me, who have already made me a song.

“I am very happy there and I hope to continue for a long time.”