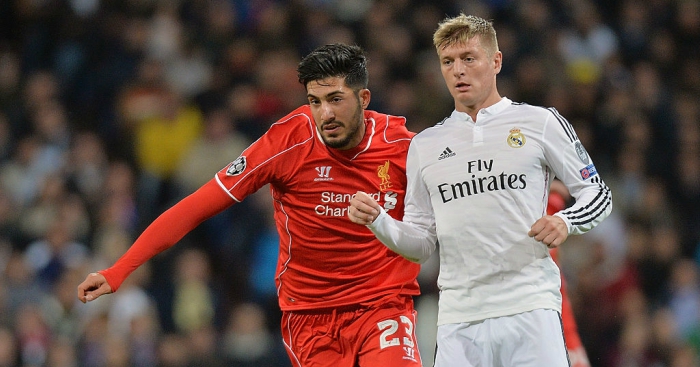 Liverpool reached the showpiece on May 26 by beating Roma 7-6 on aggregate in their semi-final. Read 16 Conclusions.

Real somehow advanced past Bayern Munich – making us think the trophy might already be theirs again – and Kroos is awaiting their meeting in three week’s time.

“They are not there for nothing,” Kroos said of Liverpool. “This team surprised me against Manchester City, and impressed me very much.

“It’s one match, and we are very much looking forward to it. We will travel to Kiev to win it, and even if that’s a set phrase it worked pretty well in the past two seasons.

“I don’t know if you can achieve that by just playing well.

“You must have that certain something in Champions League games, because many teams have the quality.

“Somehow, we just show up for that stage. It’s hard to explain, and maybe that’s in the club itself and every player gets a bit of that.”