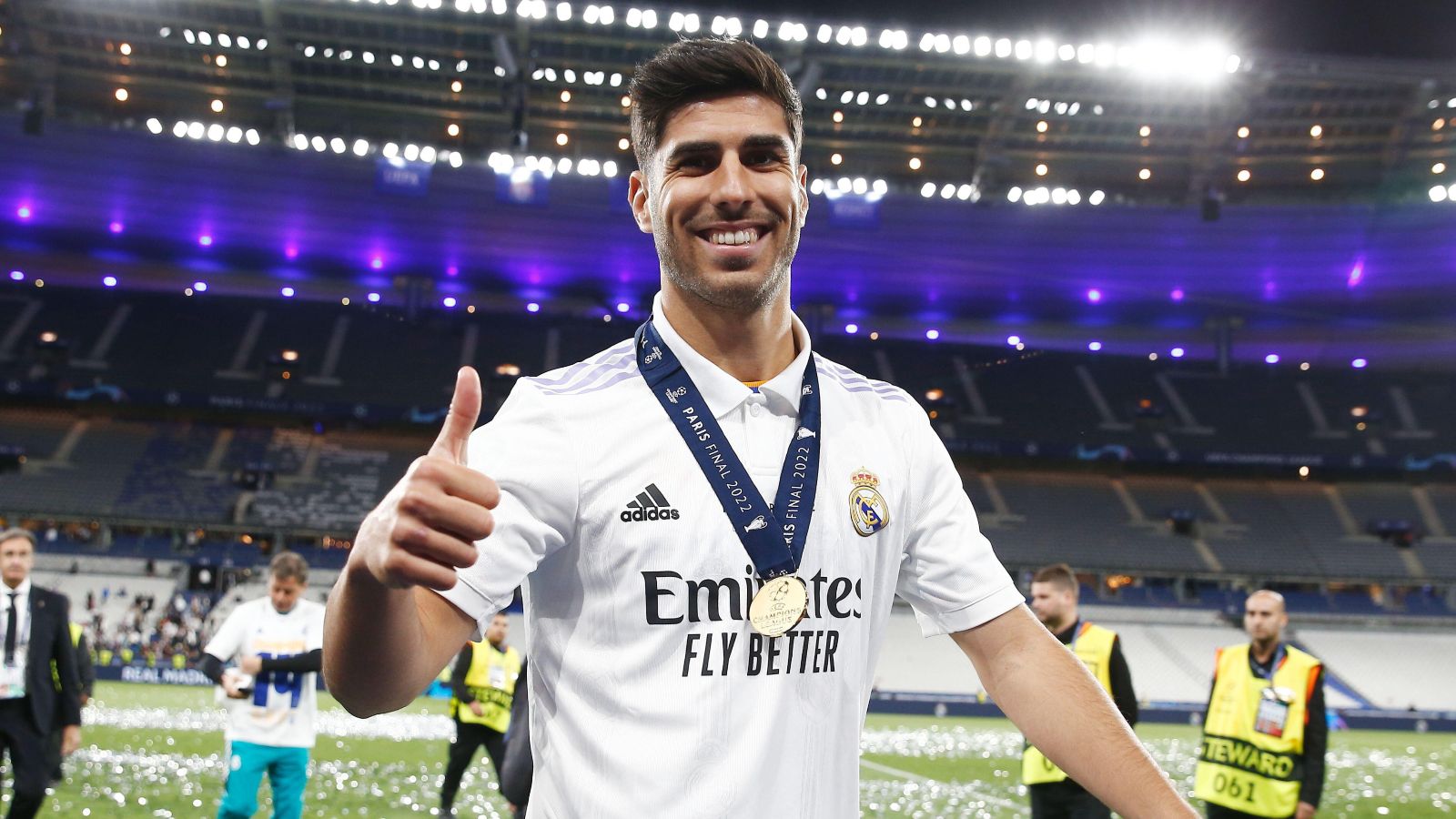 According to reports, Real Madrid are yet to offer a new contract to Marco Asensio amid talk of him joining Arsenal this summer.

The winger made the move to Real Madrid in 2014 from their Spanish rivals Mallorca. He has played 235 times for the La Liga giants over the past few seasons.

Asensio was a bit-part player last term as he only started 21 times combined in La Liga and Champions League.

His contract is due to expire next year and Arsenal have expressed their interest in signing him.

It was claimed earlier this week that the Gunners are primed to ‘go all out’ to sign the attacker in a £34m deal.

Spanish outlet Marca are reporting that Asensio is the ‘key to all possible moves’ at Real Madrid.

Asensio has ‘not yet received an offer to renew his contract’ as Real Madrid are ‘waiting for the player’s decision’ on his future.

His agent – Jorge Mendes – is ‘looking for proposals’ from other clubs. The report adds that ‘there has been talk of many teams’ being interested in him but ‘no specific offer has appeared’ yet.

Elsewhere, Arsenal are reportedly ‘expected to seal a £50m deal’ for Manchester City striker Gabriel Jesus in the ‘next seven to ten days’.

The Brazil international has been heavily linked with a move to the Gunners in recent weeks. This comes after Man City signed Erling Haaland from Borussia Dortmund for a fee of around £51m.

Jesus has been an important player for Man City in recent years. He grabbed eight goals and eight assists for them in 28 Premier League appearances last season.

Arsenal have moved quickly to sign the forward before he drops down the pecking order at the Etihad.

The Daily Mail now report that Jesus’ move to Arsenal should be completed within the next ten days.

The 25-year-old is Mikel Arteta’s ‘priority signing’ this summer. It is believed that Arsenal and City are now ‘closing in on an agreement’.

The Gunners will pay Man City £50m for Jesus before his contract expires in 2023.

It is noted that these added funds will be used by City to sign Kalvin Phillips. They have ‘reached an agreement’ with Leeds over a £45m deal.