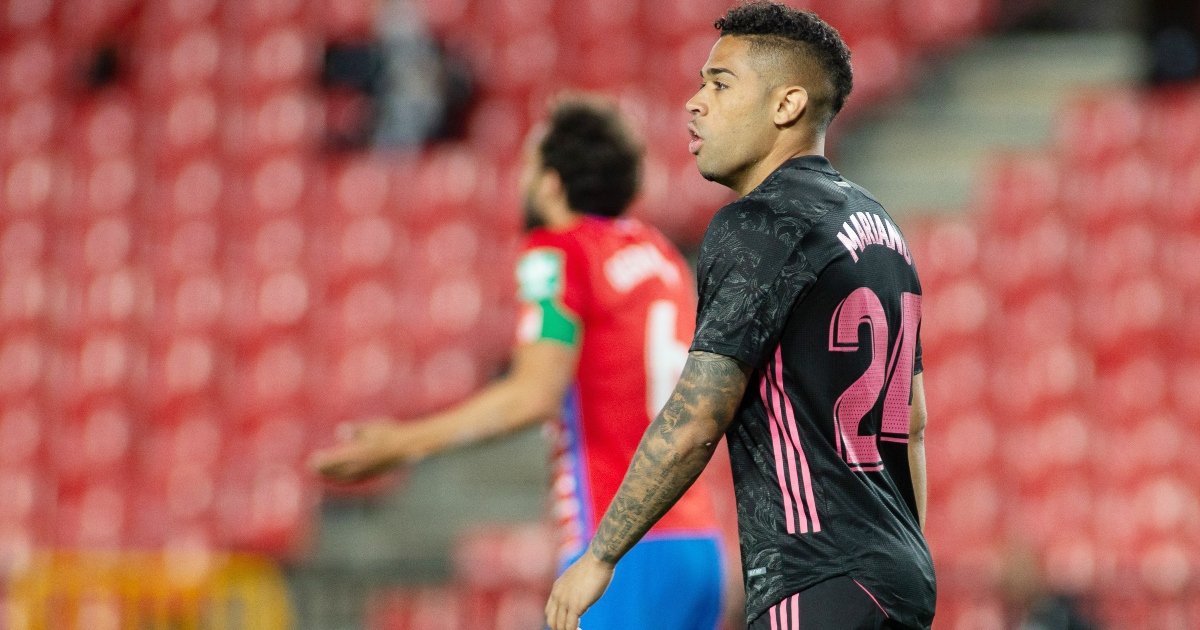 Newcastle United are interested in signing Real Madrid striker Mariano Diaz, according to reports in Spain.

A Saudi-led consortium has recently completed a takeover of the Magpies and will have to delve into the winter transfer market to ensure the club’s safety in the Premier League.

And a player they are keeping an eye on is Mariano, who is yet to play a game for Madrid this term under Carlo Ancelotti.

He has been an unused substitute on five occasions and his days at the Santiago Bernabeu seem numbered.

A report from Cadenar Ser [via the Express] claims Newcastle are expected to make a bid for the striker, and he could cost as little as €10million, despite joining the Spanish giants for around €33m in 2018.

“With this offer, it’s certain that Real Madrid do not think, that they’d be delighted,” the Spanish outlet claim.

Newcastle could certainly use extra options in attack. Star striker Callum Wilson is prone to injury and Joelinton has struggled since his £40m move from Hoffenheim.

The North East club have also been linked with a move for Chelsea’s Timo Werner.

This is according to the Head of Football at German outlet BILD, Christian Falk, who says the Geordies are keen on signing the German attacker.

The 25-year-old shares an agent with Toon defender Fabian Schar who Falk claims is in constant communication with the club.

Werner scored a disappointing six goals in 35 Premier League appearances during his maiden campaign in England, assisting a decent 12, however.

Despite all of the high-profile names being linked with a move to Tyneside, The Sun claim their transfer budget will be relatively small in January.

They said: ‘It’s claimed Newcastle can spend up to £200m in January without being in breach of FFP rules.

‘However, it’s expected – once the new owners hire a new manager, with Frank Lampard in the running – they will have a transfer kitty of closer to £30m.’

The new hierarchy at Newcastle will prioritise the managerial situation with many supporters eager to see Steve Bruce replaced at St James’ Park.

Firing and hiring a new manager could prove costly with Bruce set to rake in a huge fee if they decide to terminate his contract.