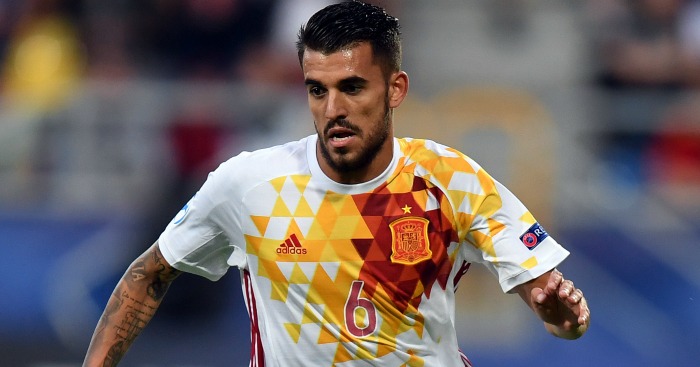 Real Madrid have won the race to sign Spain Under-21 starlet Dani Ceballos from Real Betis, according to Marca.

The Spanish publication report Real have agreed a fee in the region of €18million for the enterprising central midfielder.

The report claims the midfielder has signed a six-year contract at the Bernabeu with an announcement on the deal expected in the next 48 hours.

Barcelona were also understood to be chasing the 20-year-old, who starred for runners-up Spain at the recent European Under-21 Championships in Poland, but Real have pipped them to the deal.

Ceballos reportedly had a €15million release clause at Betis, but Real paid slightly above that figure to make sure they secured a deal for the player,

Betis were hoping the midfielder would be loaned back to them for 12 months, but it appears the extra €3million allowed Real to enable the player immediately embark on his Bernabeu career.

Ahead of the European Under-21 final last month Ceballos was calm about his future.

“I feel relaxed about the reports,” Ceballos told AS.

“My aim is to beat Germany and when the tournament is over, I’ll sit down with my agents and we’ll look at the offers on the table.

“Right now, my future is with Betis. I have three years left on my contract, and I’m relaxed.

“At the end of the day, if the big clubs are interested in you, it’s because you’re doing well. It’s really nice to be talked about in that way.”