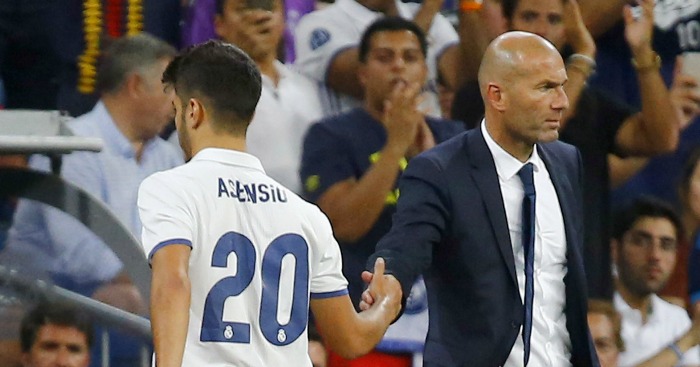 When Florentino Pérez was elected president of Real Madrid in 2000, he promised to build a side of ‘Zidanes y Pavones’.  The idea was that the team would feature world superstars such as Zinedine Zidane alongside canteranos (graduates from Real Madrid’s La Fábrica youth academy) such as Paco Pavón. This idea was extremely popular with Madridistas, and understandably so – any fan would surely love to see their team made up of the very best players and local heroes.

The only thing is, it didn’t quite work out like that. Pérez’s first spell in charge of the club between 2000 and 2006 saw many Zidanes arriving at the Bernabéu, but not many Pavones breaking through. Superstars such as Luís Figo, Ronaldo and David Beckham were all signed at great expense, but Iker Casillas was the only canterano to truly break into the team. Pavón himself found his opportunities limited. He was used sparingly before leaving for Real Zaragoza in 2007, and is probably better known for being the subject of Pérez’s quote than anything he achieved as a player. This was very much the era of the galácticos, and even youth players of the quality of Samuel Eto’o, Juan Mata and Juanfran were forced to leave to find opportunities elsewhere.

When Pérez returned for a second spell in charge in 2009, many more galácticos followed. Huge amounts of money were splashed on Cristiano Ronaldo, Kaká, Gareth Bale, Karim Benzema, Luka Modrić, Xabi Alonso and James Rodríguez, amongst many others. The only lip service paid to youth in this period was through signings from other clubs such as Isco and Asier Illarramendi, while very few canteranos made the transition to the first team.

At least, that was the case until that man Zidane was appointed as manager in 2016. Since his promotion following the sacking of Rafa Benítez, there has been a marked change in Madrid’s transfer policy. Of course he inherited a squad awash with world-class talent, but his only purchase since taking the helm has been to exercise the buy-back clause on La Fábrica graduate Álvaro Morata from Juventus. Such restraint in the transfer market has never before been seen under Pérez.

For the first time this century, Madrid’s recruitment policy is veering away from targeting expensive, established stars towards building for the future by promoting youth players and signing promising youngsters from other clubs. Zidane has signalled his intention to use returning canteranos Borja Mayoral and Marcos Llorente following their respective loan spells with Wolfsburg and Alavés, while Atlético Madrid’s 19-year-old Theo Hernández looks set to become Madrid’s first signing of the summer (with the now-16-year-old Vinicius Junior to arrive in 2019 when he comes of age). Jesús Vallejo also returns from loan, while Marco Asensio will be a key figure following his breakthrough in 2016/17. It is also interesting to note that the two highest-profile players linked with a move to the Spanish capital this summer are both teenagers – Kylian Mbappé and Gianluigi Donnarumma. Zidane’s squad rotation policy will provide these youngsters with an opportunity to gain a place in the side, and to work with and learn from players of the calibre of Ronaldo, Modrić and Sergio Ramos.

This change of tack seems to be Zidane’s doing. No other manager that has worked under Pérez has been afforded the luxury of deciding their own squad make-up and transfer plans, and it is a testament to the standing Zidane holds among the fans and the board that Pérez has placed this amount of faith in his ideas and philosophy.

It appears that the ‘Zidanes y Pavones’ strategy championed by Pérez 17 years ago is finally being put into practice, and there is more than a hint of irony in the fact that it is Zidane himself, the poster boy for the galáctico policy, who should be making it happen.