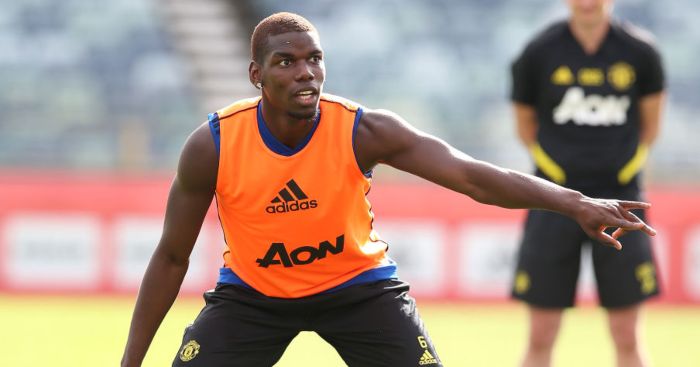 A report has revealed two conditions that Real Madrid must meet before they can complete a deal for Manchester United midfielder Paul Pogba.

Pogba’s agent Mino Raiola claims he is already in the process of trying to move on the France international, who has been linked with Real Madrid and a return to former side Juventus, and Ole Gunnar Solskjaer is aware of the player’s intention to depart.

However, Solskjaer said on Tuesday that United don’t have to sell Pogba or any other wantaway player this summer.

And Goal claims that despite still being ‘keen’ on Pogba, Real have to solve a couple of issues before they can look to persuade the player to join.

“United must be willing to discuss terms for their star; and Madrid must also push through more sales. Until those conditions are met Pogba will not be arriving at Santiago Bernabeu any time soon.”

Real must offload the likes of Gareth Bale, Isco and James Rodriguez in order to free up funds for any move for Pogba.

The sales of that trio would ‘generate more than enough to land Pogba’ with Real wary of failing to comply with Financial Fair Play regulations.

There have been no hints that United are willing to do a deal with the La Liga outfit and Goal adds that Pogba ‘could even go as far as issuing an official transfer request’ if he wants the move.