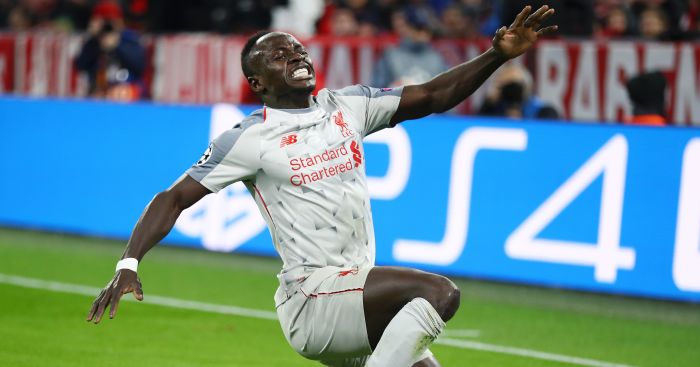 Real Madrid want Liverpool forward Sadio Mane to instigate any potential transfer away from Anfield before they make a bid for him, according to reports.

The Spanish giants are planning a huge revamp after a disastrous season domestically and in Europe, with Zinedine Zidane becoming their third manager of the campaign in early March.

The Frenchman was brought back to steady the ship and is expected to be armed with a huge budget to bring in a number of high-profile signings.

Although Madrid remain interested in Liverpool attacker Mane, El Confidencial has revealed that no deal will be pursued unless Mane tells Liverpool he wants to leave first.

A report in the Daily Star adds that Real president Florentino Perez has a history of only pursuing top targets if they indicate they are open to a move – a factor that often drives down the cost of top targets.

Chelsea playmaker Eden Hazard has previously hinted that he is favouring a move to Madrid, which would suggest a deal could happen despite the west London club’s current transfer ban.

For his part, Mane is more than happy at Anfield and has not indicated that he wants to move.

El Confidencial goes on to state that Mane and Manchester United midfielder Paul Pogba are the two most expensive targets on Zidane’s shopping list, while the likes of Hazard, Luka Jovic and Adrien Rabiot could all move to the Bernabeu in what will be a busy summer of ins and outs in Madrid.